I had mixed feelings about leaving Florence. On the one hand, there were lots and lots of things I would like to have seen or gone back to see again. On the other hand, it was crowded and hot during the day and I looked forward to a more tranquil environment on the bike. We left about a quarter to 9am, and that means as we were getting ready we didn’t get any breakfast because most of Italy is not really into early rising. So, the first thing we did was stop for some pastries and coffee. Oh, the Westin had coffee yesterday morning and that was a REAL treat for me – an urn of coffee! I also have been enjoying espressos and cappuccinos throughout the trip, but I’m more of a regular coffee drinker so getting the regular stuff is always nice. We took some neighborhood streets to get out of Florence without engaging a lot of car traffic and to save some miles. That meant some short and steep climbs and also some riding the wrong way down one-way streets. Woops! Once out of town, we were quickly in very scenic wine country where Chianti grapes are grown. The whole morning was spent on great roads with low traffic and great scenery. Everywhere you looked was rolling countryside covered with grape fields and Italian buildings – postcard material in every direction. Since there was a lot of climbing early in the ride, and because there would be a lot at the end, we took it easy. We stopped pretty early into the ride and had some paninis in a very cool little town. All around the area were wineries with tastings going on, but we didn’t give into the temptation. On another day we probably would have, but we needed to cover over 80 miles and the trip was the hilliest of the entire trip. Our second stop was in Sienna. The old medieval part of it covers some hilly terrain that gives it some interesting personality. We rode our bikes right through the old town – not a good idea because it was so crowded with pedestrian traffic. Still, it gave us a chance to visit the place and it would be worth going back to on another trip. After Sienna, the land became much more agricultural – not sure what crops because most of the fields had already been plowed or recently harvested. Consequently, the scenery was a much more dull brown than the lush greenery earlier in the day. It also got hotter and the wind kicked up, but luckily is was relatively flat so Paul and I just took turns at the front trying to get through it quickly. After about 60 miles, we arrived at the second set of hills for the day and after climbing a couple of them, we were out of water so we went into a town and climbed a very steep and long hill to a grocery store only to find that it was closed until 4pm. Yep, that’s right – lots of stores close for a couple hours during the day in Italy and it’s not always the same time period, so it can be frustrating. Luckily, we found a restaurant that wasn’t open but the owner gave us some water. Our last stop of the day was in Piezza and only about 8 miles from our destination, but it was hilly country and we were hot, tired and hungry. Some gelato in Piezza set us straight and we took off for Montepulciano. The ride wasn’t bad, except for the last ¼ mile or so that had a grade of 13-15% the whole way and a part that hit 20%. I wasn’t sure if I was going to make it and thought Paul might just drop dead, but when I looked over my shoulder he was plugging along just fine. Making it to Montepulciano was a big milestone for us for a few reasons. One is because we knew it would be one of the toughest rides of the trip and another is that it completes the 3rd of 3 long rides in the last 4 days of riding. And finally, it was the last long ride of the trip – today we have 67 and tomorrow is 49; the latter is the shortest ride of the trip and we're REALLY looking forward to such an easy day. That’s right, tomorrow we’ll be in Rome! I can hardly believe it. Montepulciano is a really cool little place that sits on top of a mountain. There happened to be an outdoor wine tasting going off at 7pm with wines from the region. We tore into that and then found some dinner – lasagna for me and pasta with a mushroom sauce for Paul. We finished dinner around 10 pm and the whole town and all of its visitors were in full party mode outside. Lots of live music and good vibes, but we were both exhausted and headed into bed. Trip Distance: 1050 miles 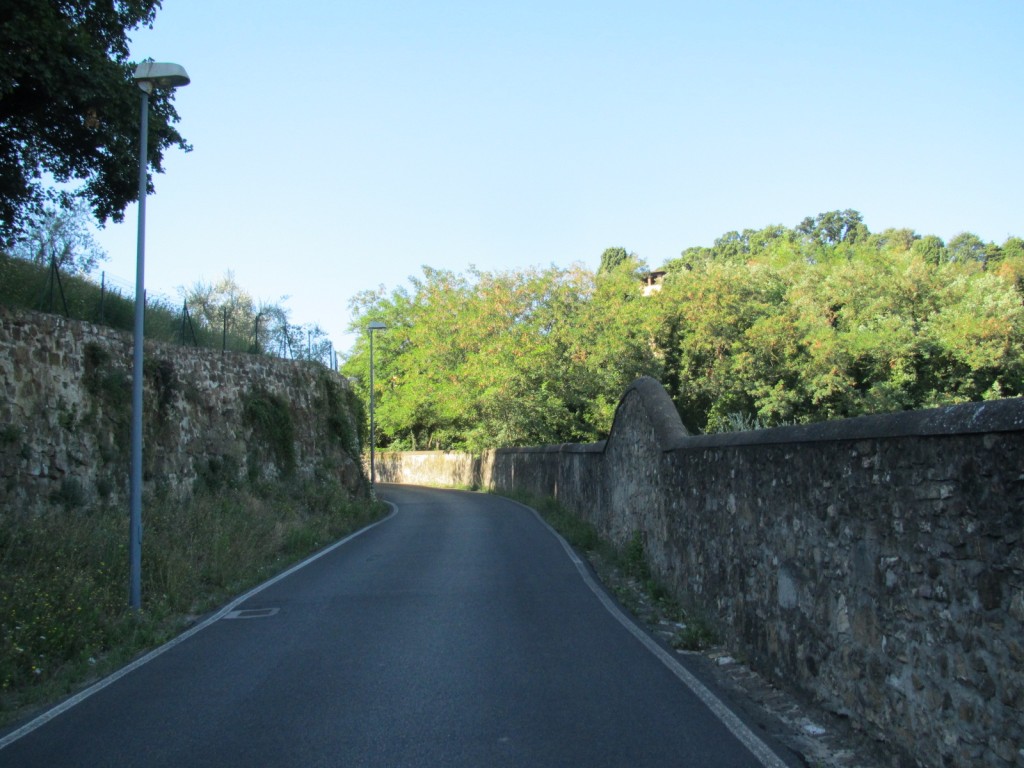 The road out of Florence. 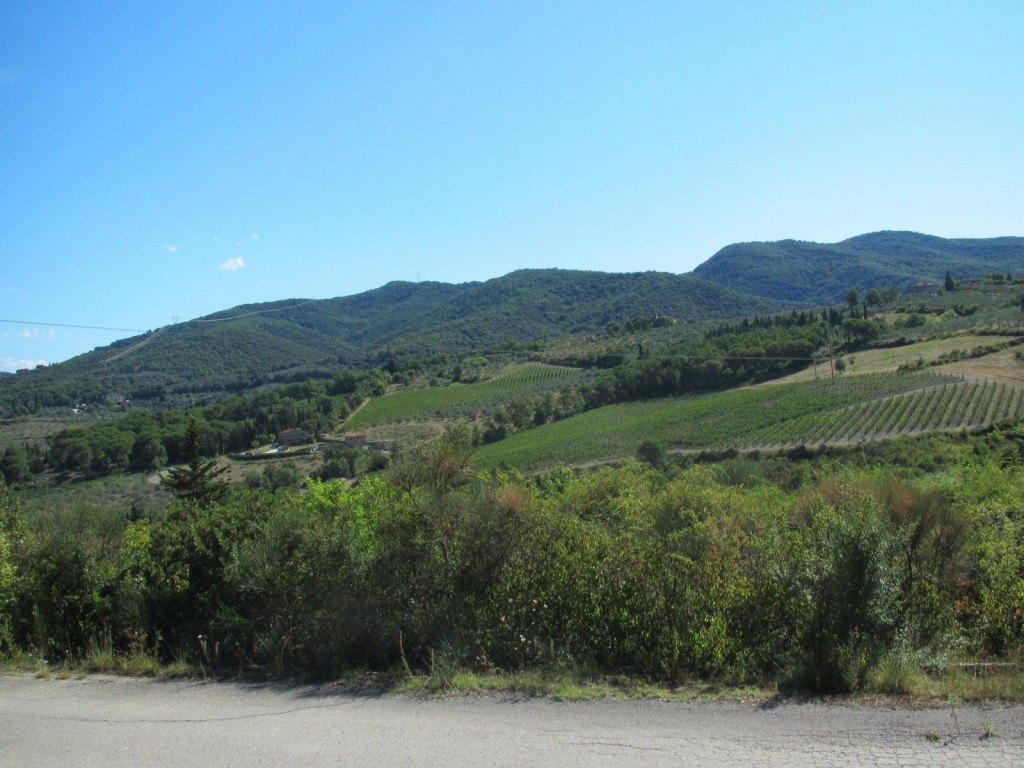 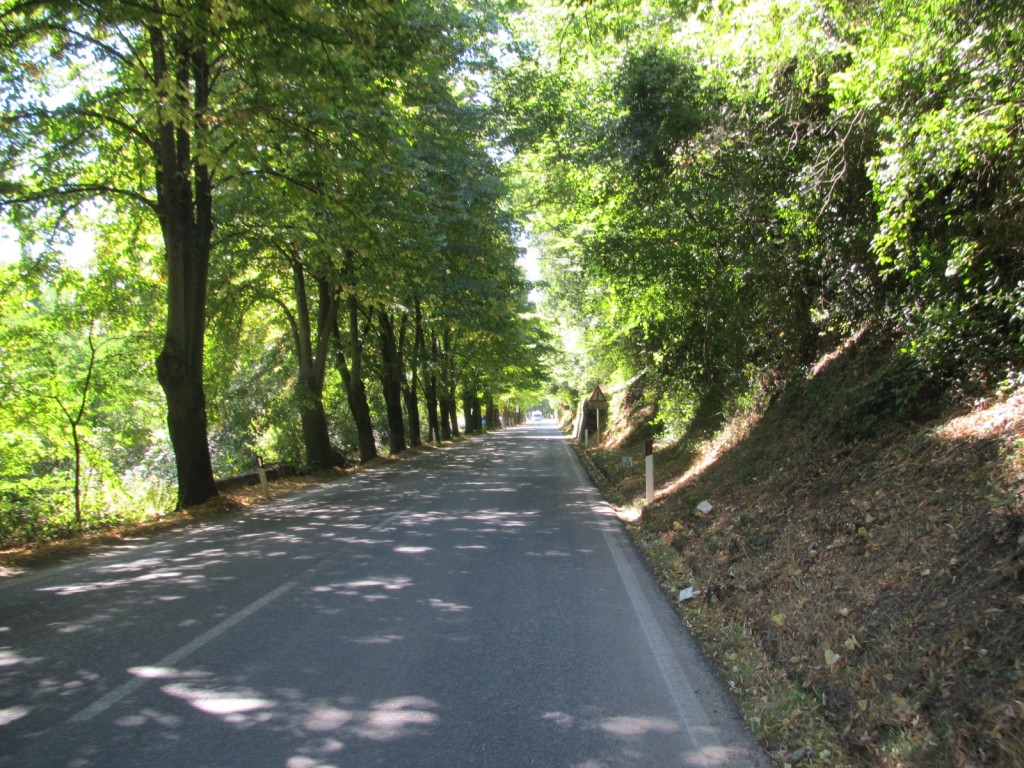 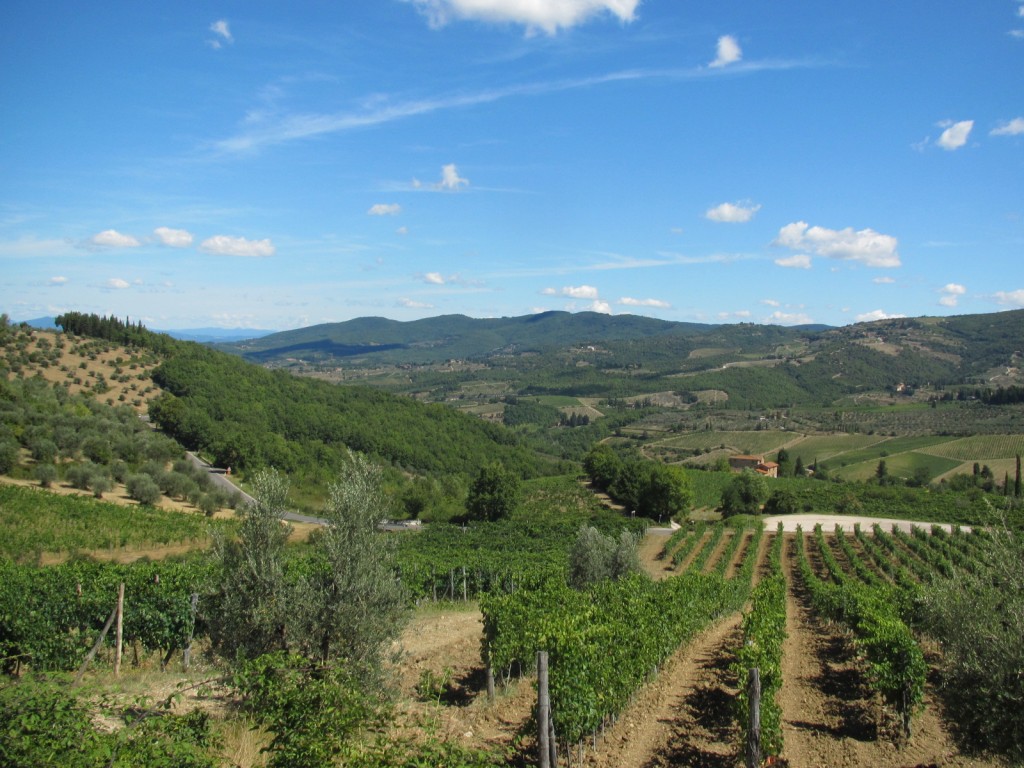 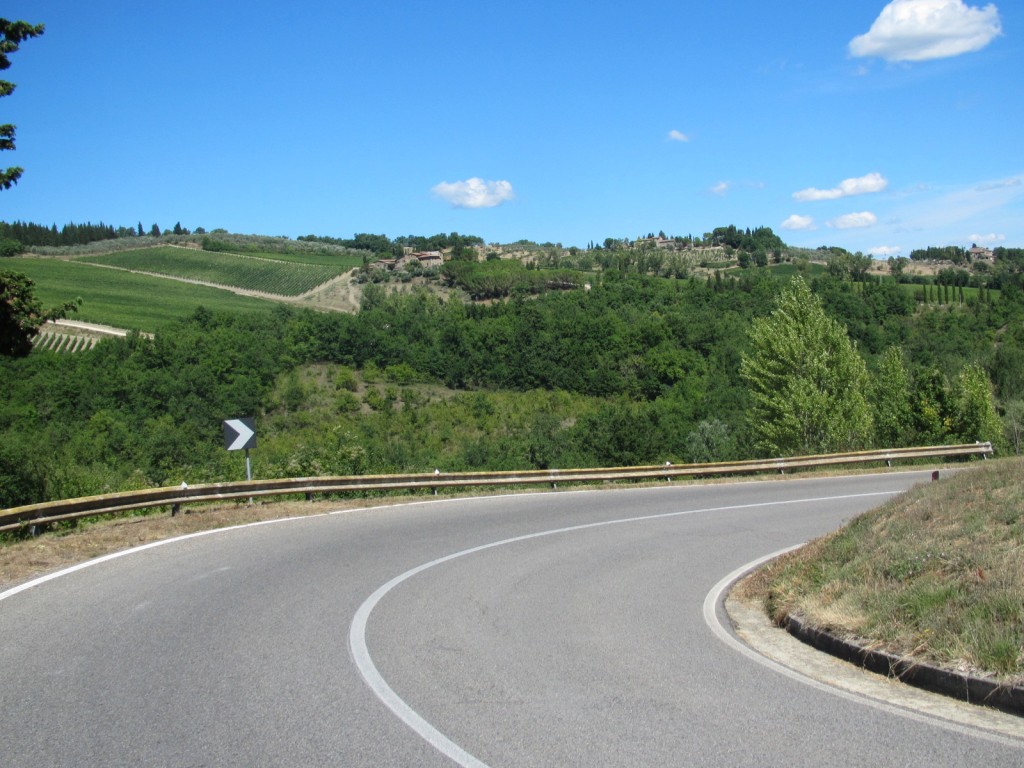 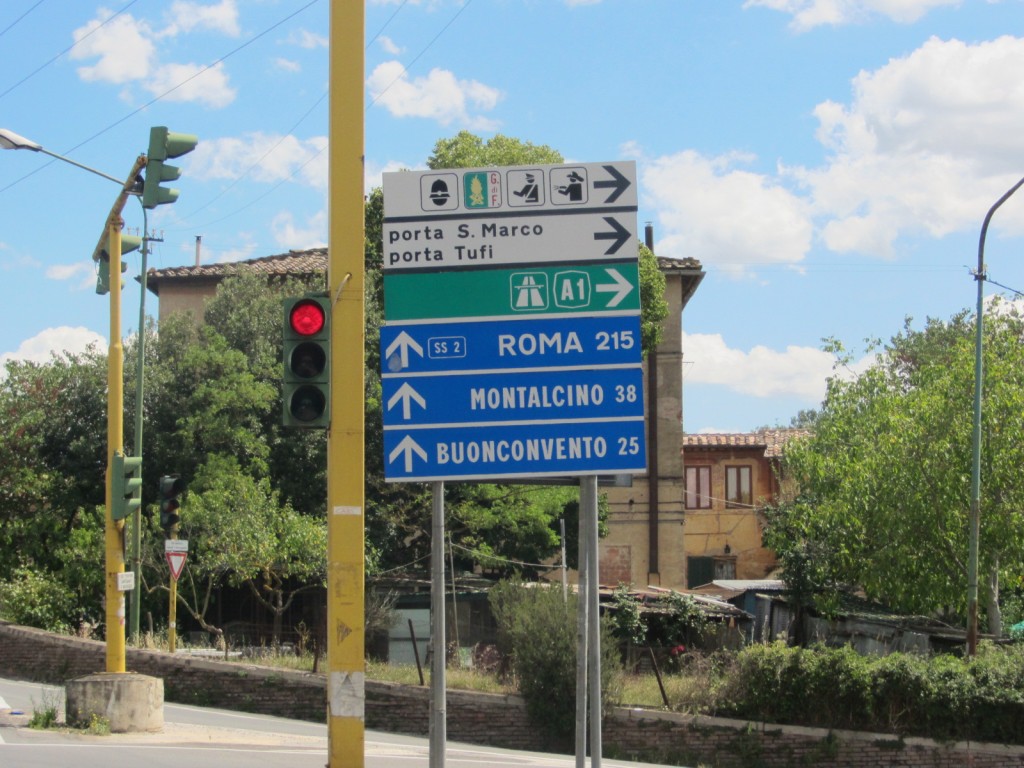 We are starting to notice that all roads lead to Rome (ouch!).

4 Responses to Florence to Montepulciano