Linz am Rhine to Bingen am Rhine

Wednesday morning started out like all the others – the ground was wet and we wondered if it was going to rain. Without internet access, we couldn’t check the weather and our iPhones weren’t cooperating, either. We did, however, manage to get on the road by 9:30 am, and that meant we rolled into Bingen am Rhine by 3pm. Finally, we arrived at a destination with some time to relax and enjoy the afternoon. The road out of Linz am Rhine is highway 42 and there wasn’t any bike lane so we had to just ride with the traffic. Not a big deal, but we still usually prefer having our own path so when we noticed a bike path on the other side of the street, we crossed over and started using it. The path started veering off to the left, but then so did the highway and it looked like the path was okay. Then, the path started climbing a large hill. Because it was still kind of following the highway, we still thought it would be okay to follow it. It got super steep and we found ourselves clawing up a 16% grade! Then, at the top, it turned into a dirt path and the sign looked like it was a trailhead for mountain bikes. Bummer for us, so we turned back and rode the brakes down to the highway. Even though we were stuck riding on the highway, it was still quite scenic. On our left, the hills were covered with grape orchards, and to our right was the river. We passed through some small towns and then finally approached a larger town where our Garmin told us to expect a hill – nothing huge at ¾ mile long, but our first attempt at climbing with all of our gear. We turned up the hill and it ended up being about a 10-11% grade for the second half. It was a struggle, but manageable, at least for that long and we could have gone longer if necessary. We’re expecting much, much, much longer hills and mountains later in the trip, but nothing with such steepness, so it was good to know we could deal with a steep pitch if necessary. Then, looking down from our summit, we realized the climb was wholly unnecessary – who created this course!?!? We followed the highway and finally crossed the Rhine on a large bridge into the city of Koblenz. It was relatively easy getting out of the city and we quickly found a bike path along the river. All along this area, the Rhine flows at the bottom of a valley and the scenery is quite spectacular. On both sides of the river there are towns about every 5 miles and each one looks like it was constructed by Walt Disney to “appear” quaint and charmingly European. The bike path in this area is also very good and very well-used. For the first time on our trip, most of the other cyclists were fellow travelers. Our hotel was clean and modern (but the WiFi was shaky!) and Bingen was a fun little town. We had some Tapas for a snack and then ended up at another Italian restaurant for pizza and pasta. Trip Total: 268 miles 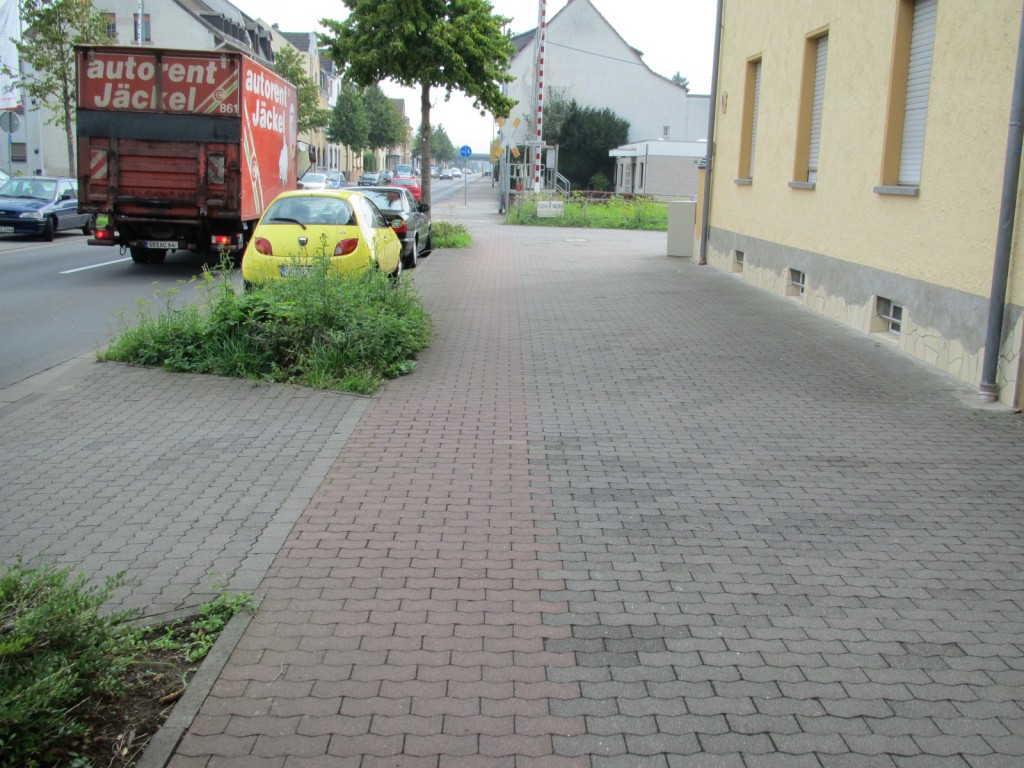 The bike paths through German cities tend to be on the sidewalk and are made from red bricks. 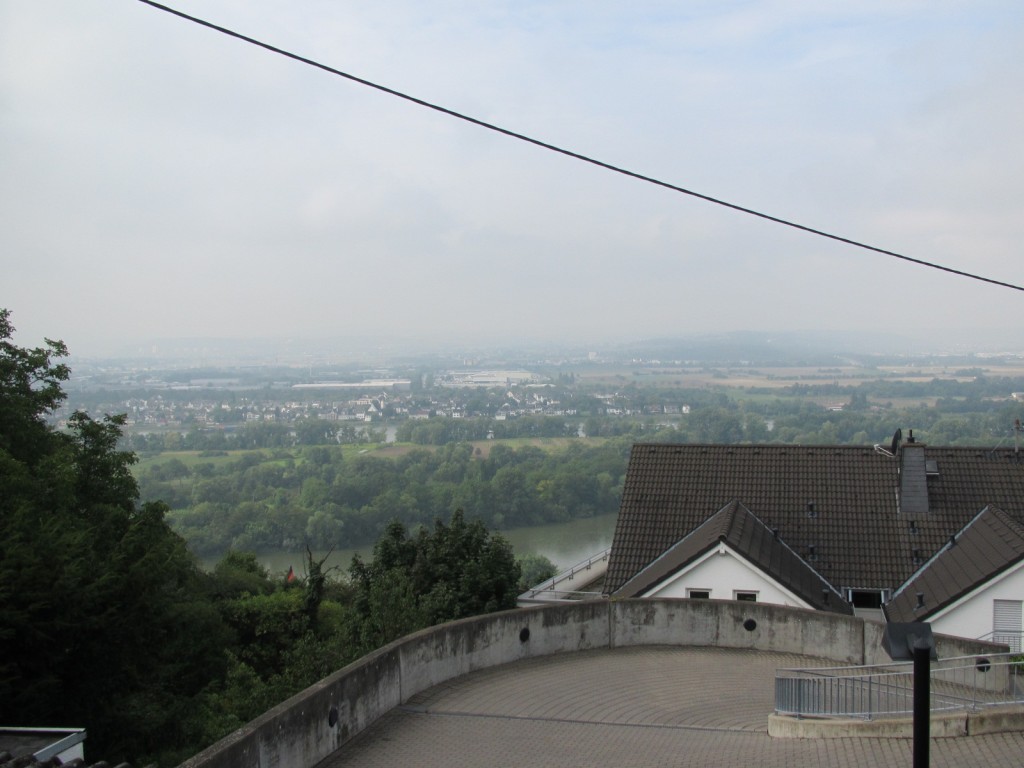 We took an accidental detour up a hill and this is the view from the top. 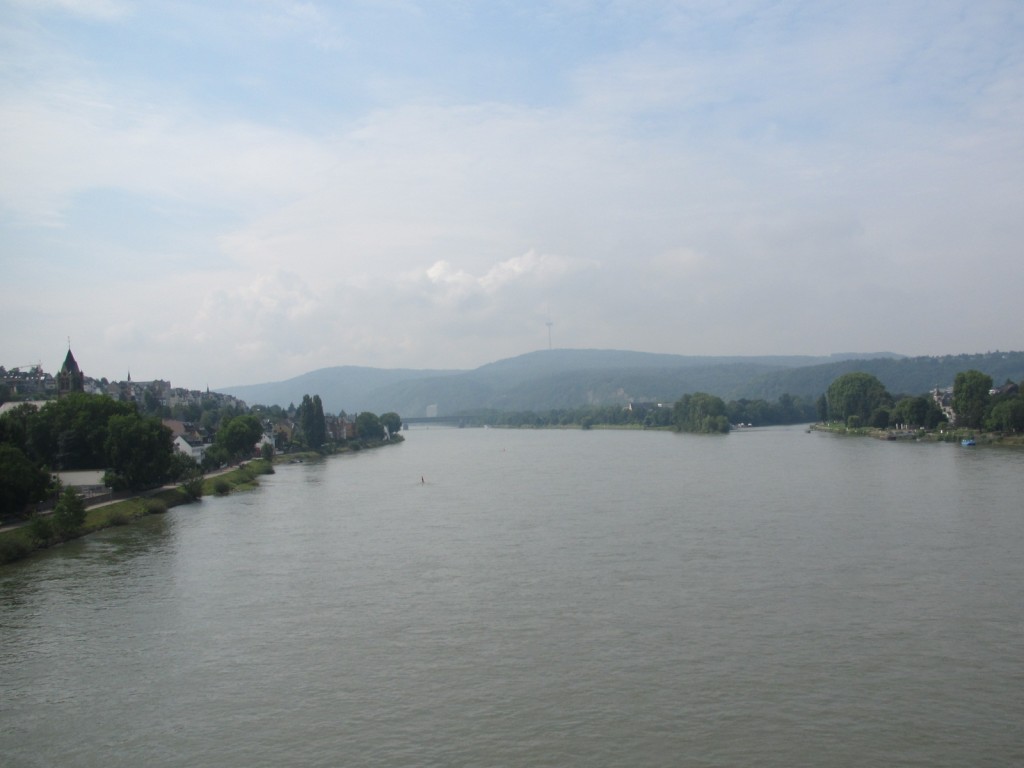 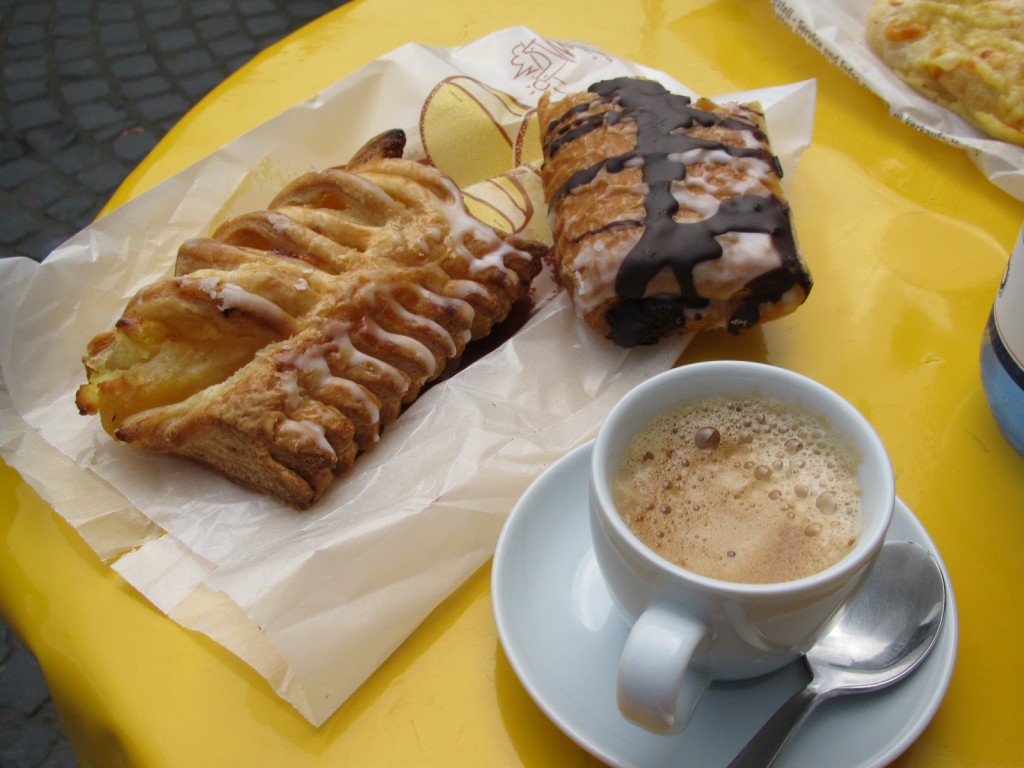 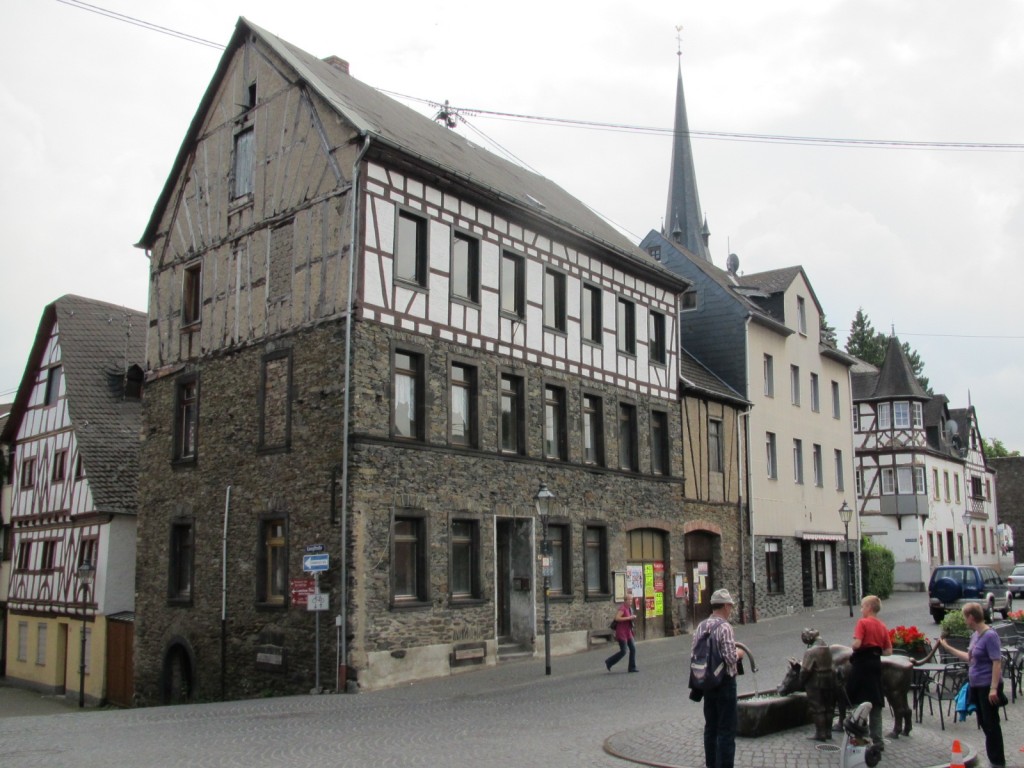 The city square where we snacked for lunch.... 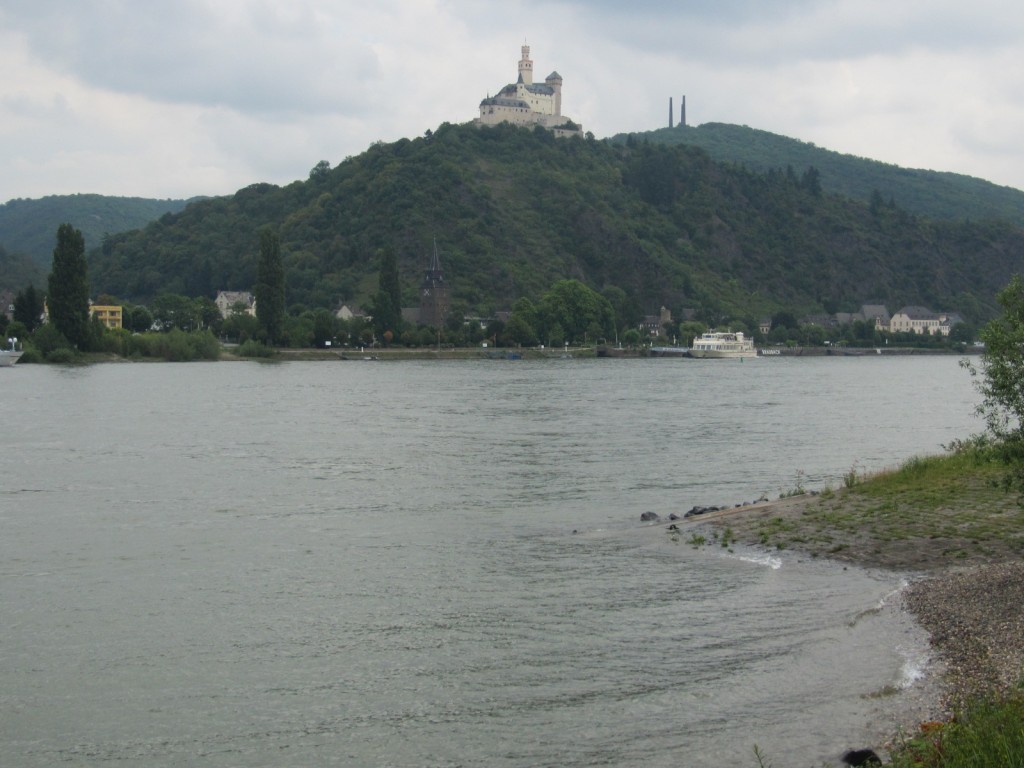 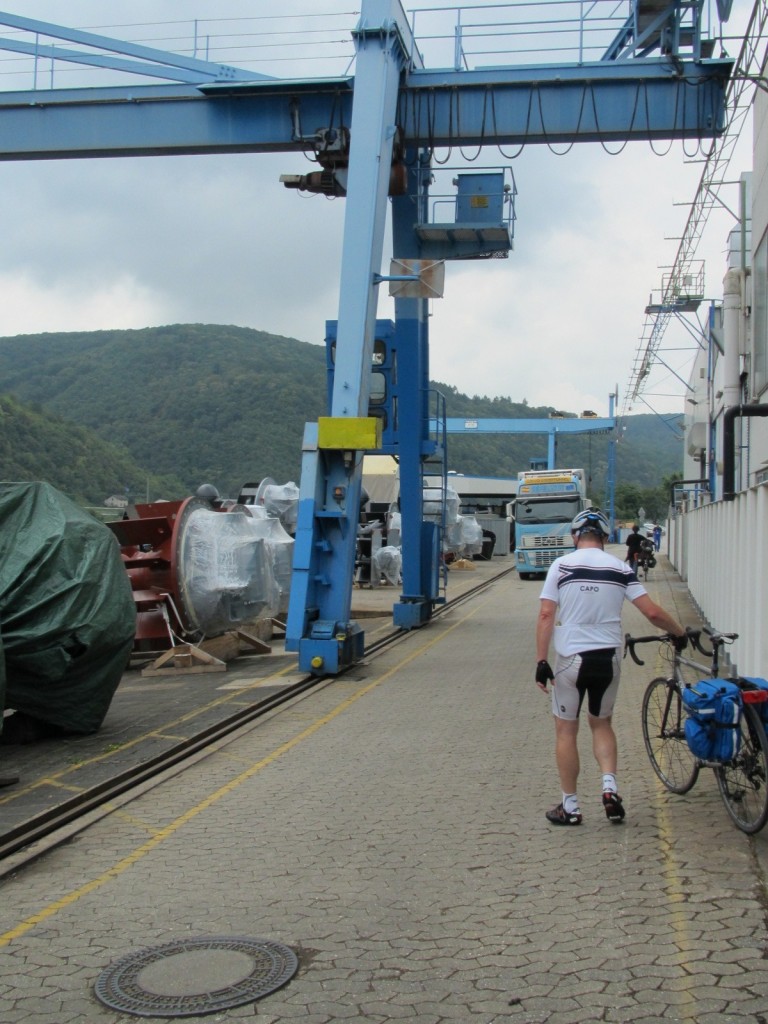 We had to walk our bikes thru some shipyard unloading place 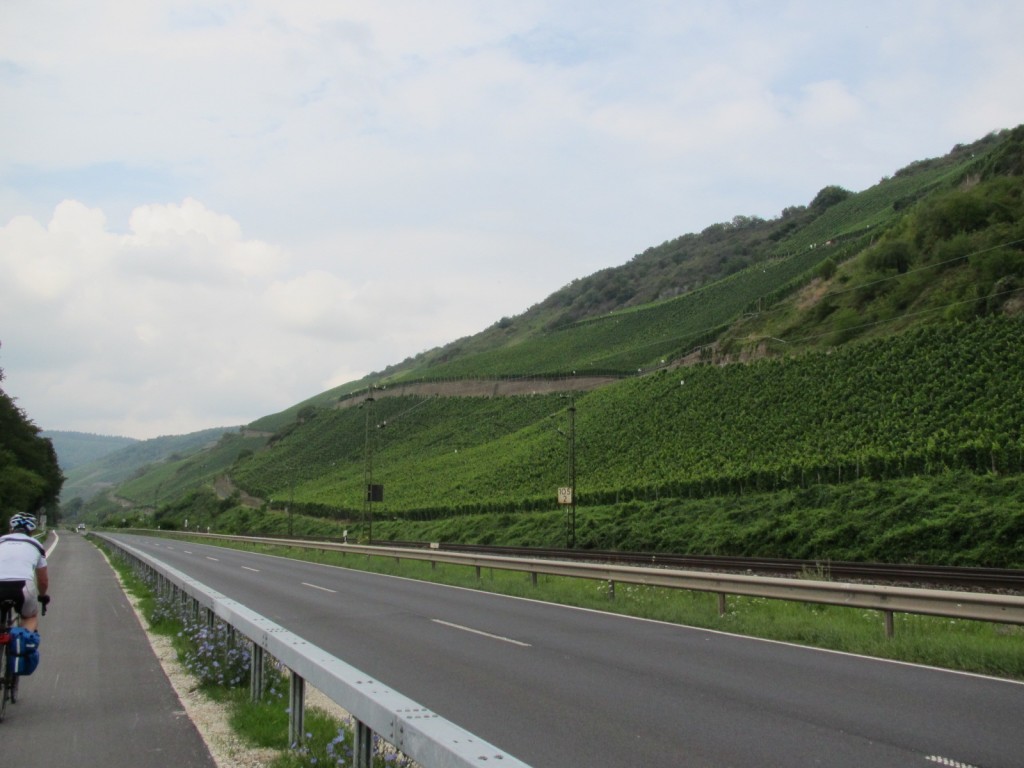 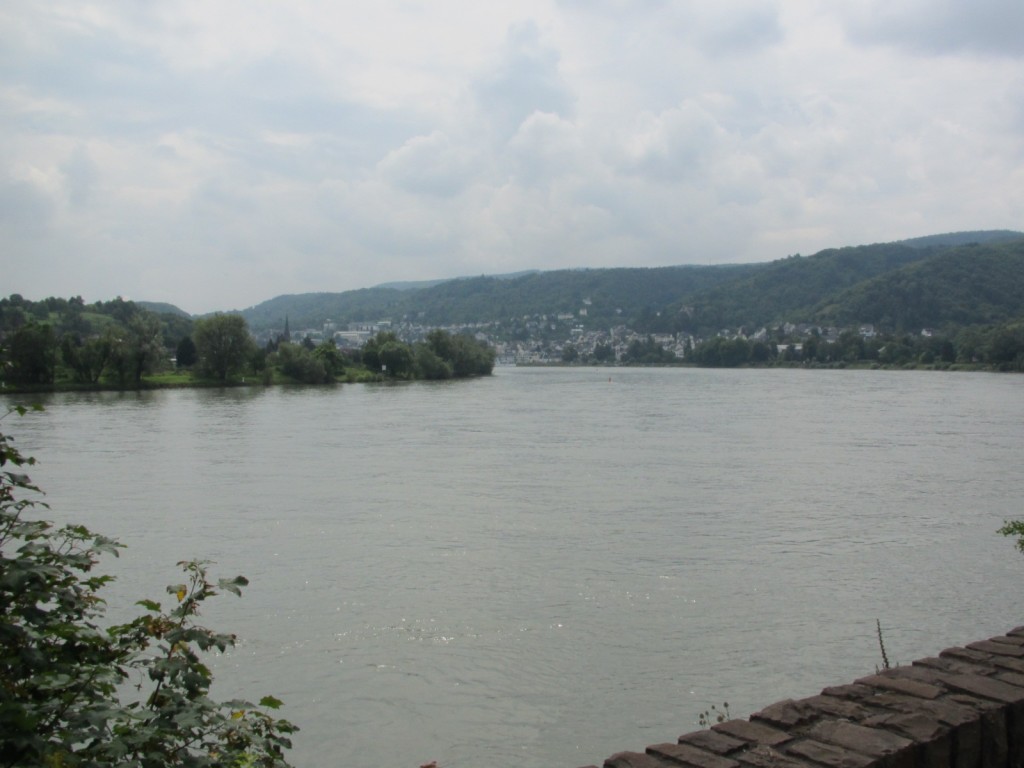 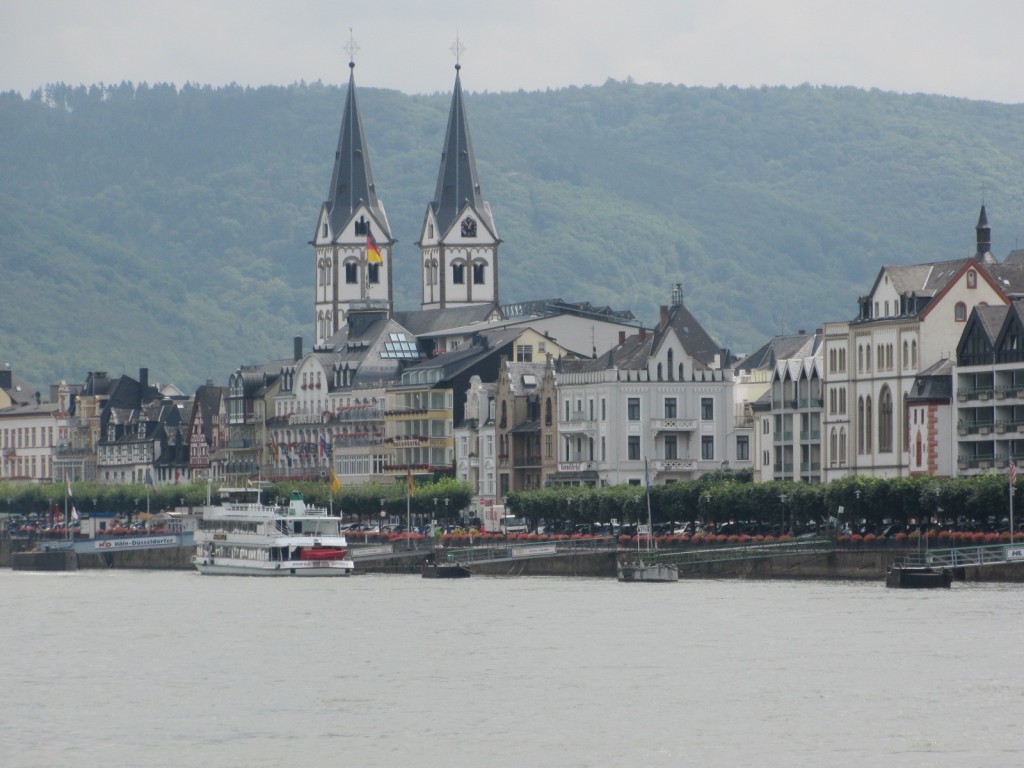 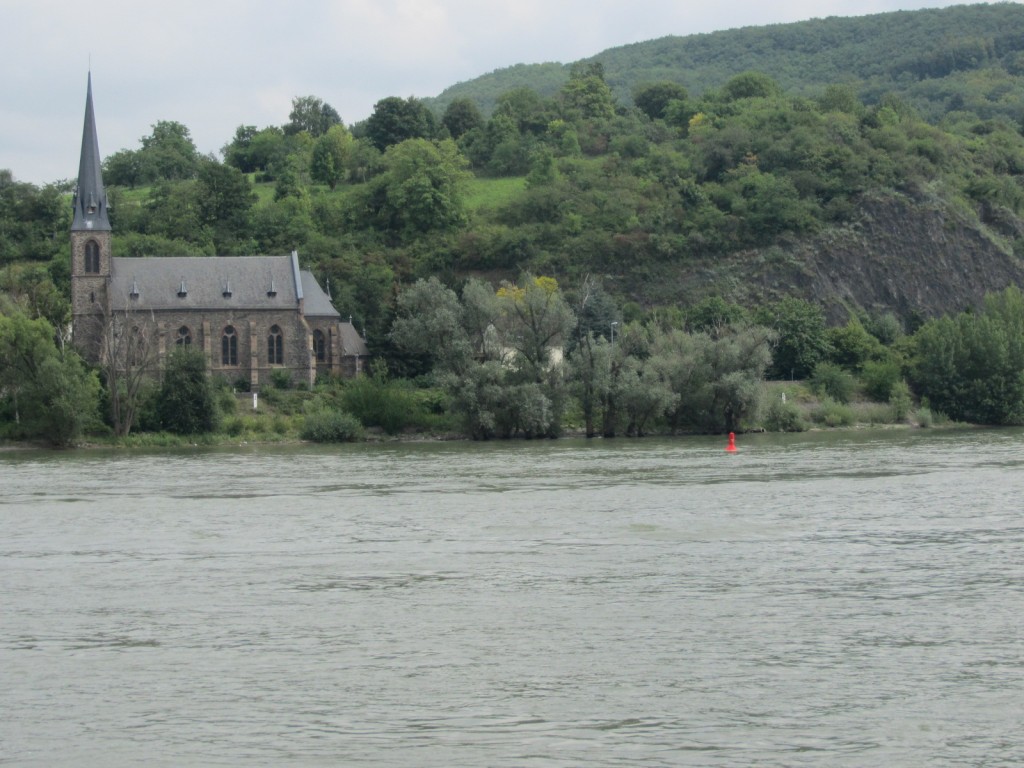 One Response to Linz am Rhine to Bingen am Rhine