We got rolling out of Arnhem just a bit before noon - still trying to get on a good schedule. The weather was sunny and warm. We stopped at a bike shop to get Paul's seat adjusted and then rode around town a bit and over the John Frost bridge. Because we got in so late the night before, this was about all we would see of Arnhem. Turned out to be a much larger place than I expected. Like most hotels over here, a breakfast buffet is included. The Dutch and Germans favor cold cuts, breads, and fruit for breakfast. Since I love salami and French bread, that's not a bad thing! We did a lot of miles yesterday - more than 80 (my map says a little less, but I forgot to turn on the Garmin a few times...). Most of the time we were on bike paths rolling along small roads and highways. Other times, we were on the levee by the Rhine or riding through small towns and, in some cases, right through suburban neighborhoods. The Dutch and German suburban homes look to be good sized and their yards are often very, very manicured and beautiful. Hydrangeas are in season here and add a lot of nice color to the neighborhoods. We stopped for lunch in Xentan, a small town that was just past our halfway point. We found a place with outdoor seating and each of us ordered an entree. You can see from the picture below that either Germans eat a tremendous amount of meat for lunch, or they were taking pity on us for riding so far today. We chatted for a bit with the two guys working there and they were very surprised (or amused?) about our trip. Being such a small and out of the way place, I don't think they get many tourists. Riding through all of these different places it is still interesting for us to see so many people of all ages using their bikes for basic transportation. We saw a woman with two small kids - one in a seat behind her and another on her own little bike just zipping around through town. We also lots of people at the other end of the age spectrum - those of retirement age out tooling around on bikes. After about 70 miles and close to our destination, we got hit with a rain storm. Luckily it wasn't cold outside, but it was enough water to make a big mess and forced us to spend a lot of extra time getting cleaned up after the ride. So far, after the ride, this is how it goes. We arrive at a hotel kind of dirty (or very dirty and wet) and ask the desk clerk for a space to store our bikes. We take off our bags, remove our shoes, take the water bottles from the bike and end up just barely being able to carry everything to the room. As I'm setting my stuff down, Paul has already raided the minibar and we're drinking a beer to offset the displeasure of having to clean up our clothes. Finally, it's time for a shower and head out for dinner. We're hoping to start arriving into town earlier so we have more time for sightseeing, but so far we've gotten in late enough that we really only are after some good food. We were tired of meat yesterday and chose a nice Italian restaurant instead. We each had a large green salad and then split a large pizza and a bowl of Spaghetti Arrabiata, accompanied with a bit of beer and wine. :) After two days of riding, it seems like we're making good progress. Even though the final data shows a relatively slow 15mph, we're actually riding quite a bit faster than that - usually 18-20+ mph, but we get slowed down a lot in towns. It also often takes a lot of time to figure out where to go, or to fix a navigation mistake, so that eats up a lot of time. Right now it's about 10:30 am in Düsseldorf and we're getting ready to head out. More rain is predicted, but it's nowhere near as cold as it was in Amsterdam and we're crossing our fingers that some sun might sneak through. It is, after all, my birthday, and the weather gods owe me! I took some of these photos while riding, so not the best quality... 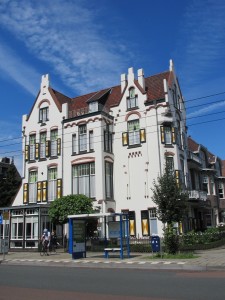 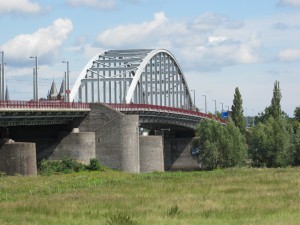 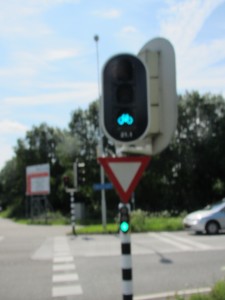 These lights for cycling are common in The Netherlands. In Germany, we usually see pedestrian lights. 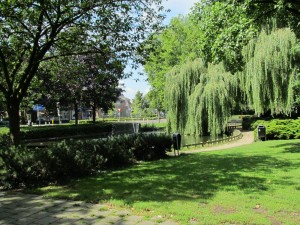 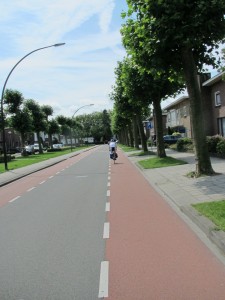 Some neighborhood in The Netherlands. Paul gets a chance to ride up front. :) 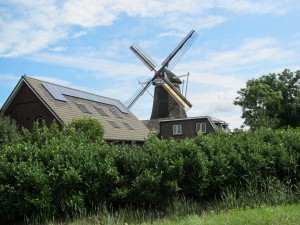 A windmill in The Netherlands - whoodathunkit? 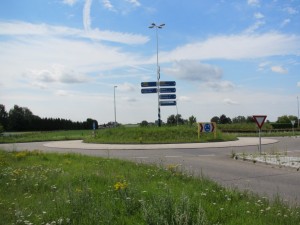 Even the roundabouts tend to have bike lanes around them. 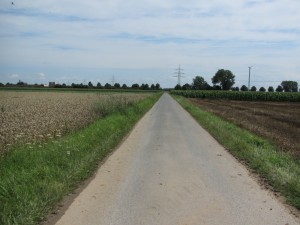 Another bike path leading through a corn field. 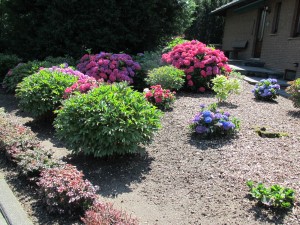 Hydrangeas - saw much nicer yards, but my camera was handy. 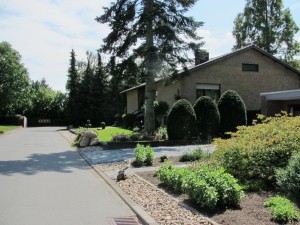 Cruising through some neighborhood - when our Garmin is happy that we're on course, we're happy. 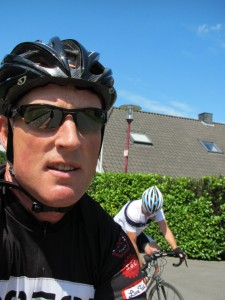 Self portrait while riding. :) 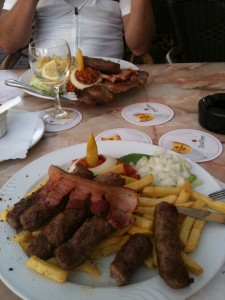 Even after eating part of our lunch, there is still LOTS of it left! 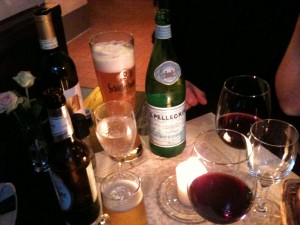 After riding, getting a proper recovery drink is very important.

6 Responses to Arnhem to Düsseldorf