After a long day on Wednesday, Thursday's ride into Bellagio was supposed to be a somewhat relaxing easy day. The weather was a bright sunny day - probably the clearest and sunniest day for us so far. We got out of town on time and headed into our first and only real challenging climb of the day. A few minutes into it, Paul got a rear flat tire and we fixed it on the side of a switchback. You don't even want to know how much Paul sweated into the tire while fixing the tube. Yuk. We finished the climb without anymore flats or disgusting pools of sweating forming in one place and then proceeded on our way to Lake Lugano. Because of some road construction, our Garmin routed us onto the autostrada/freeway and an emphatic Swiss traffic cop helped us to work out a detour even though we ignored his warnings the first time around. We got back on course after the detour and continued to have some minor navigation problems. One thing we have noticed is that whenever we try to go from one place to another that is not a common route to take, i.e., not along a highway, that we tend to get lost more often. We stopped once on the way to Lake Lugano and I ran into a gas station store to get a quick bite. Inside, there were about a half dozen people at the "espresso" bar drinking sparkling wine and beer - before noon on a Thursday! Too funny, but these people know how to live. Also, you have to remember that we weren't in a place with people traveling or on vacation, but a random gas station. We eventually got to the Italian town of Como on Lake Como and passed unnoticed across the border. Crossing borders in Europe is a lot like passing borders with "control" in the US - if you're not obviously smuggling fruit or illegal aliens, the guards don't even acknowledge you. Inside Italy, the road surfaces immediately deteriorated and the indications for a bike lane were nonexistent. Pointing this out, however, is a bit unfair to Italy because I got the impression that we entered at an economically challenged part of town. Even without proper bike paths, the car, motorcycle, and vespa drivers didn't bother us at all. We lunched in Como at a lakeside cafe/bistro and struck up a conversation with a nice Irish woman seated next to us. We have her to thank for one of the few pictures of us together! Lunch was excellent and afterwards we proceeded to immediately get lost. After finally finding what appeared to be the main road along the coast, we hauled our tired carcasses over another 18 miles of steeply pitched rolling hills. I really wanted to get a picture of the road because it felt like an American one way road, but it was two ways here in Italy. On our left was Lake Como and we zipped up and down the hills with cars passing us along the way. Not too many cars, thankfully, so it was still fun. Once the effects of the lunch's wine wore off, I actually started to enjoy the ride but by the time we arrived we were both happy to be off the bikes for the day. By this trip's standards, 59 miles isn't a terribly long day, but there was a lot of work involved that didn't show up in the "box score." Bellagio is a really, really cool place. Small enough to wander around and feel like you haven't missed much, but because each shop and restaurant seems like "the" place to be, you feel like you need to spend a LOT of time here. Paul and I wasted no time and parked ourselves in a cafe on the lake and tore into a bottle of proseco and enjoyed some snacks. More snacks and wine followed at different places... This morning (FR), we enjoyed our first non Germanic breakfast buffet. Still a lot of the same stuff, but the apple stuffed croissants were f****** awesome, as was the coffee. Italy rocks. Trip Distance: 714 miles The elevation gain shown below does not include Garmin’s own post-ride GPS correction because of the tunnels we rode through. It’s generally safe to add about 20-30% with such a correction. 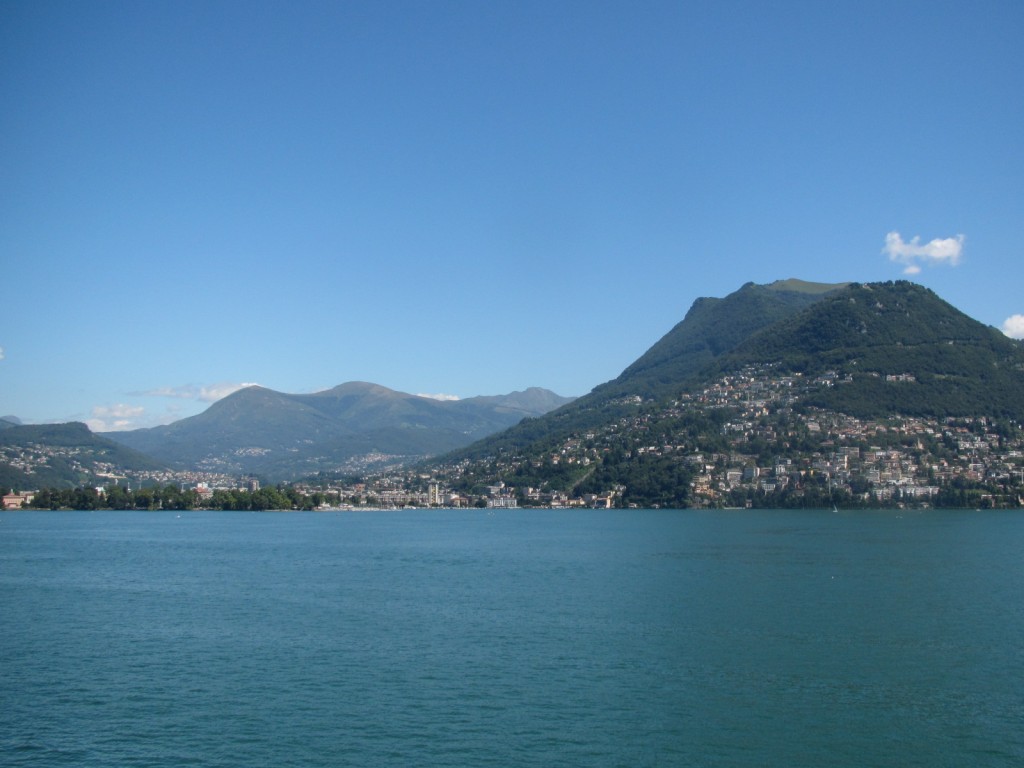 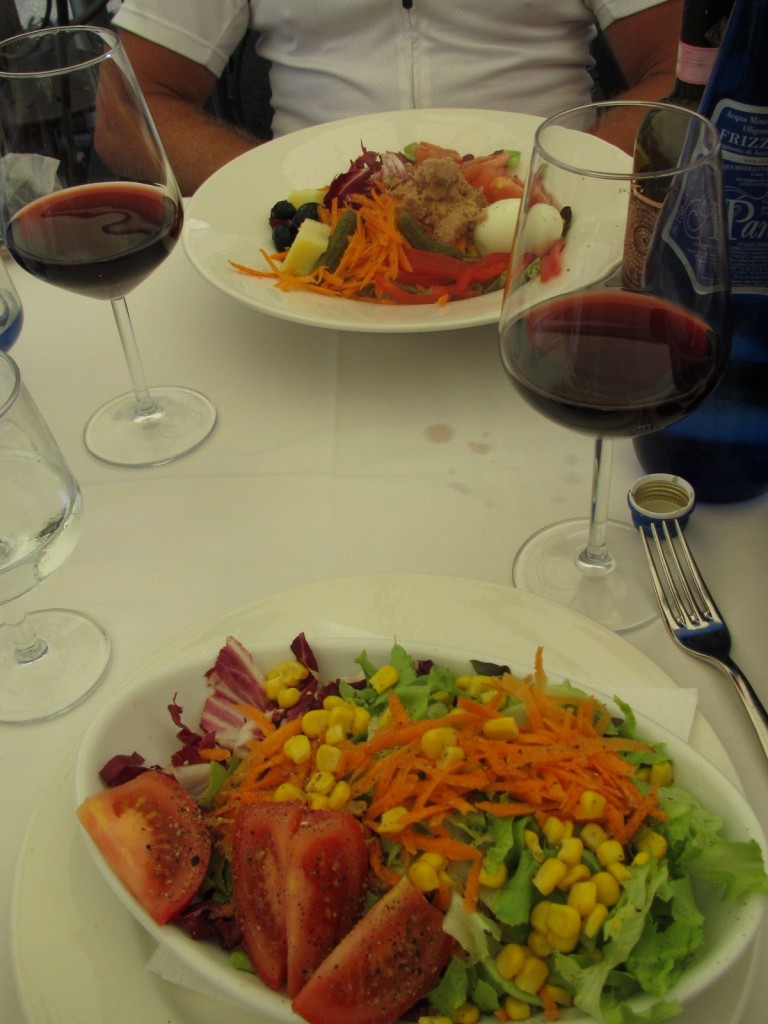 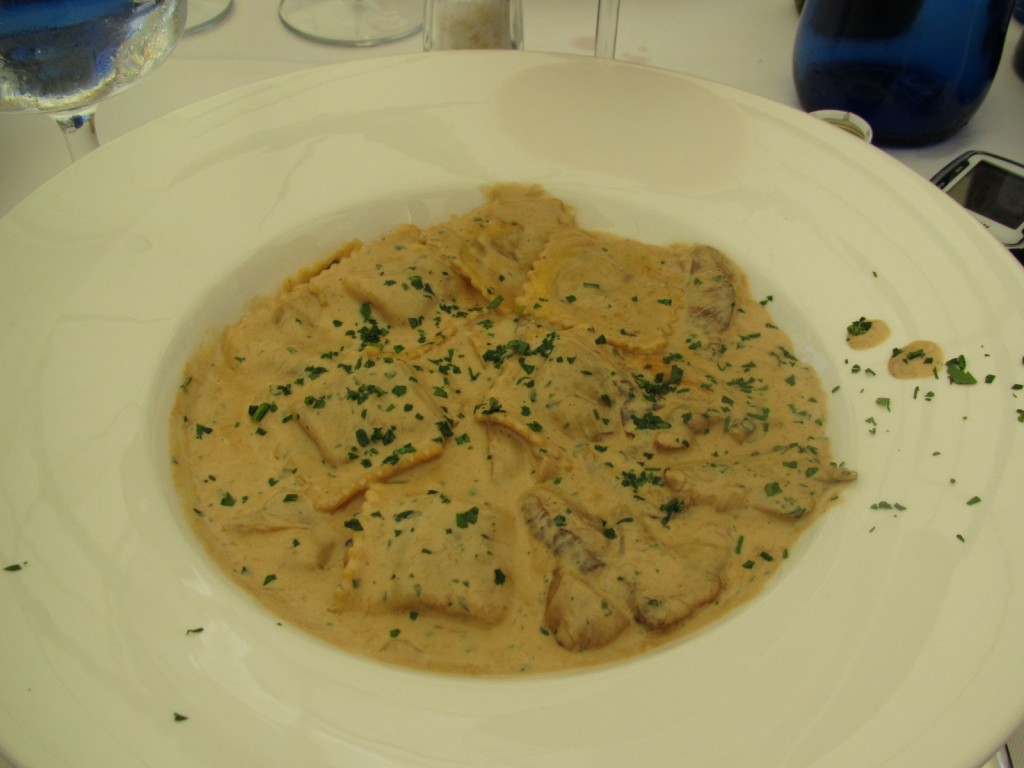 I had raviolis prepared Piedmont style - a cream sauce with mushrooms 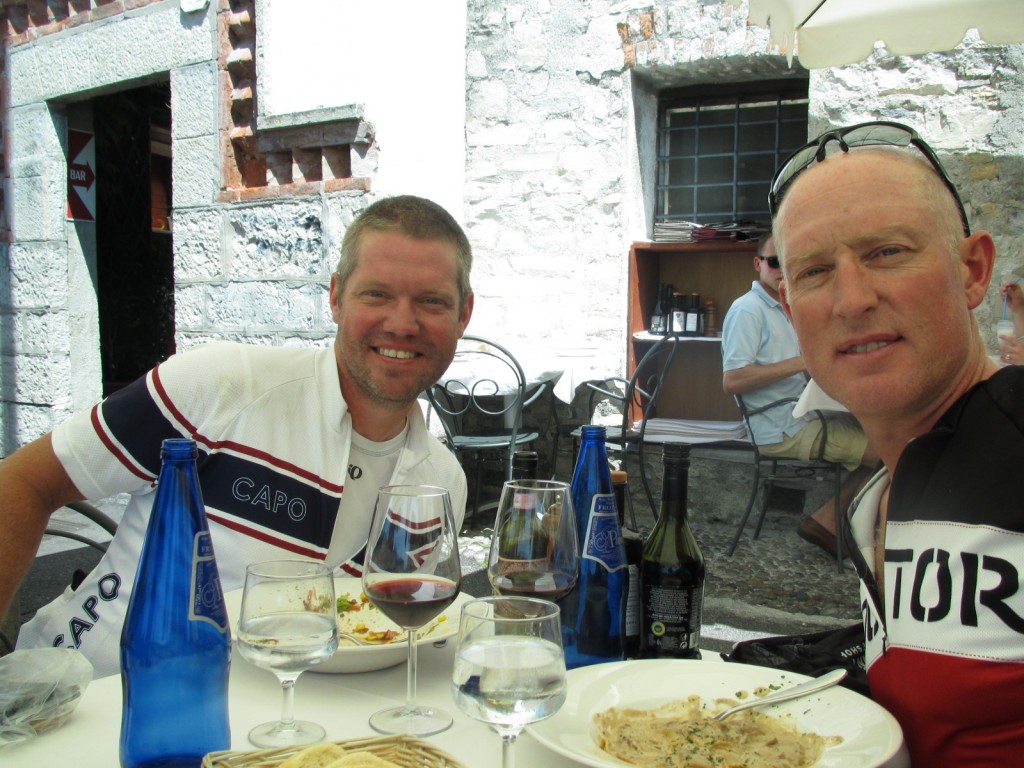 At lunch on Lake Como, about 18 miles before reaching Bellagio 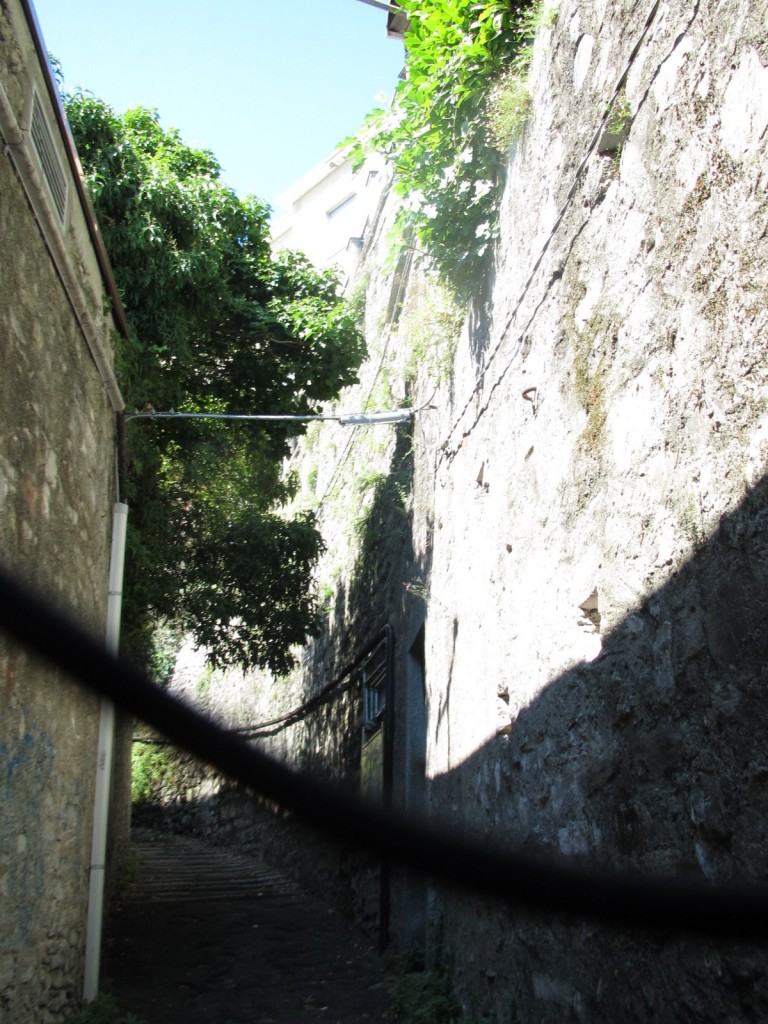 Sometimes Garmin takes us into unusual places - this was some crazy winding alley up to another road. 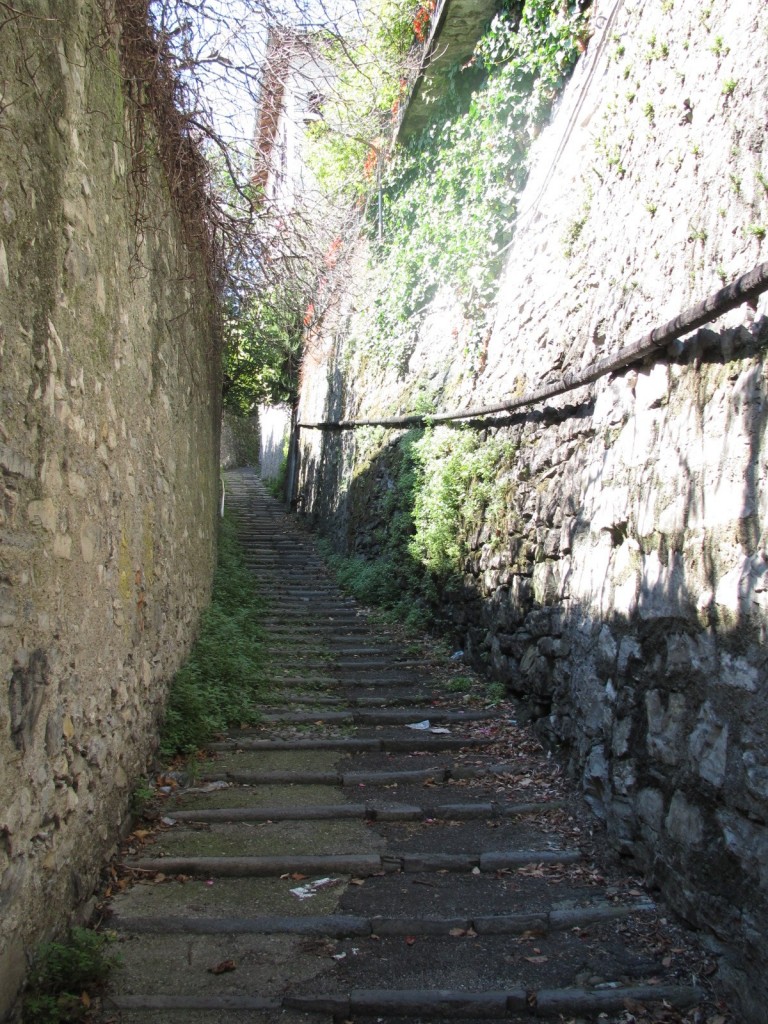 The steps did us in and we had to walk up.

The feedback from some of our faithful readers has requested more photos of food, so here ya go! 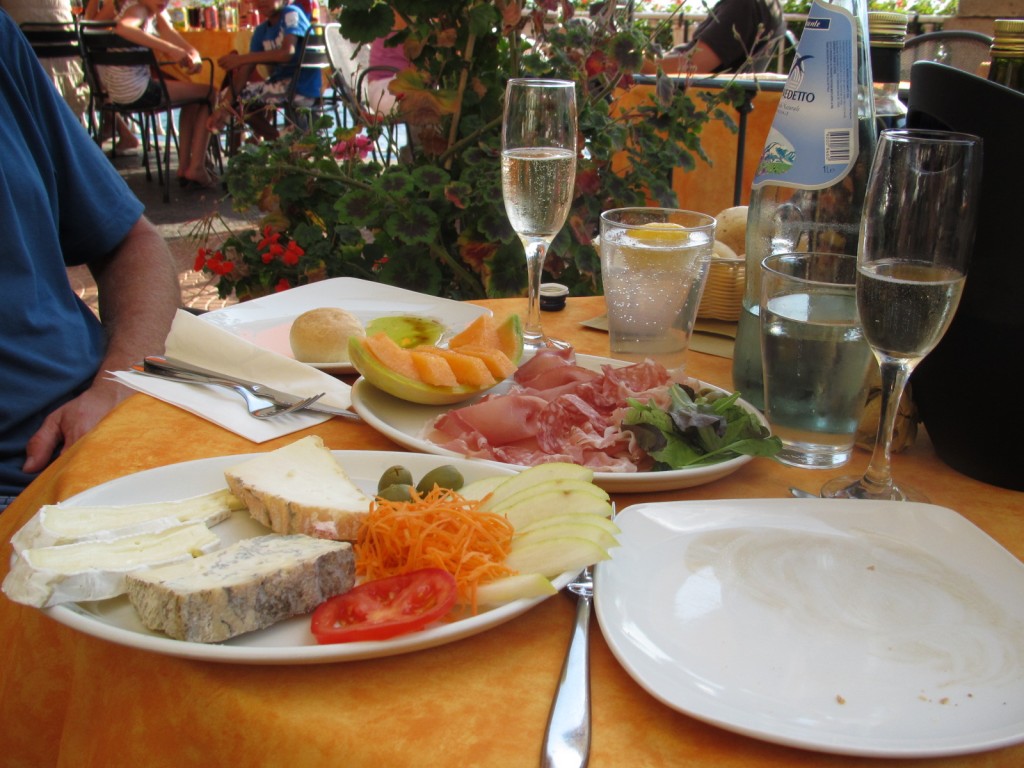 Relaxing lakeside and enjoying some proseco, a cheese plate, and a meat plate. 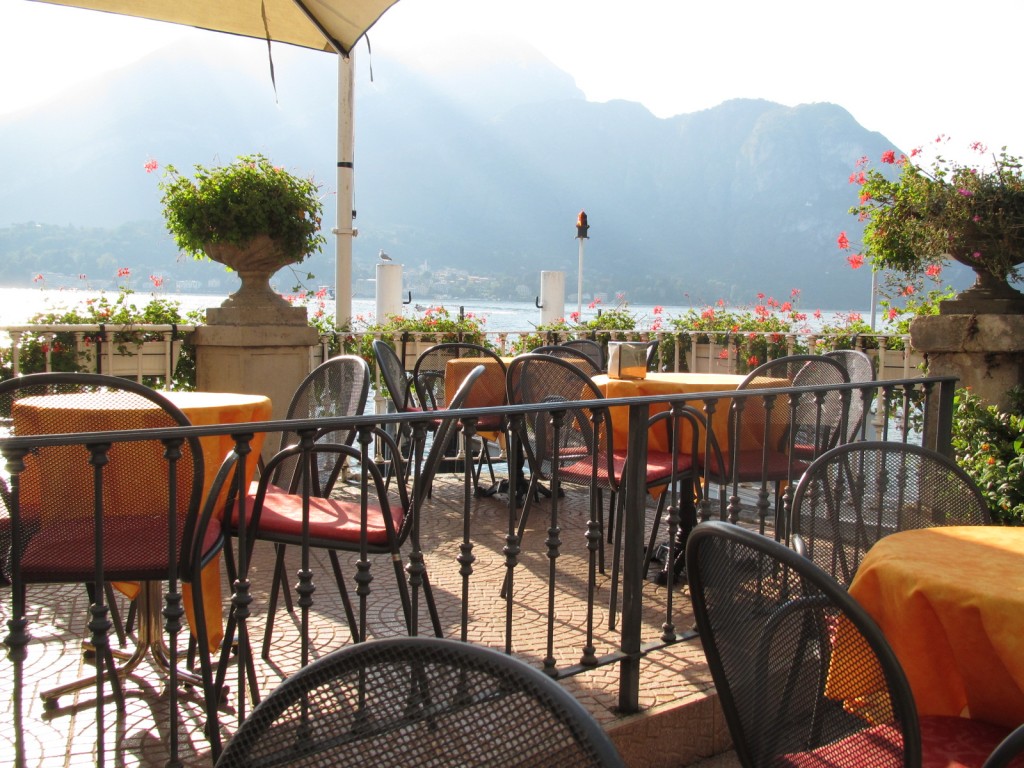 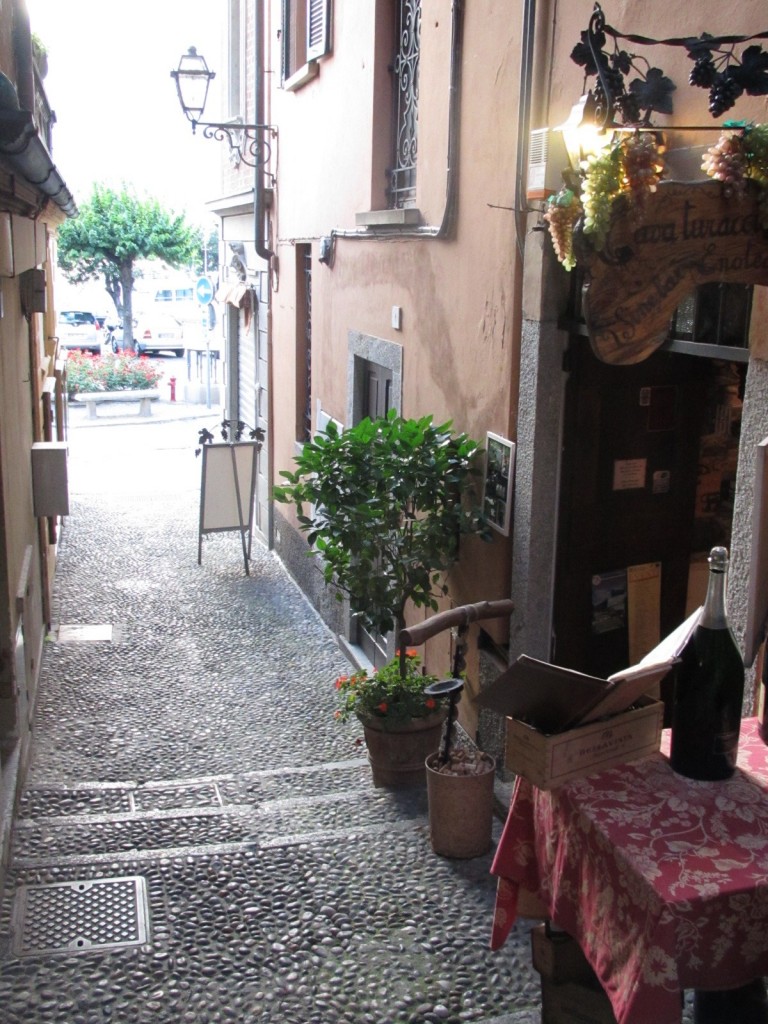 After our first snack, we turned from the street below and didn't take long to find this wine cave for another snack. 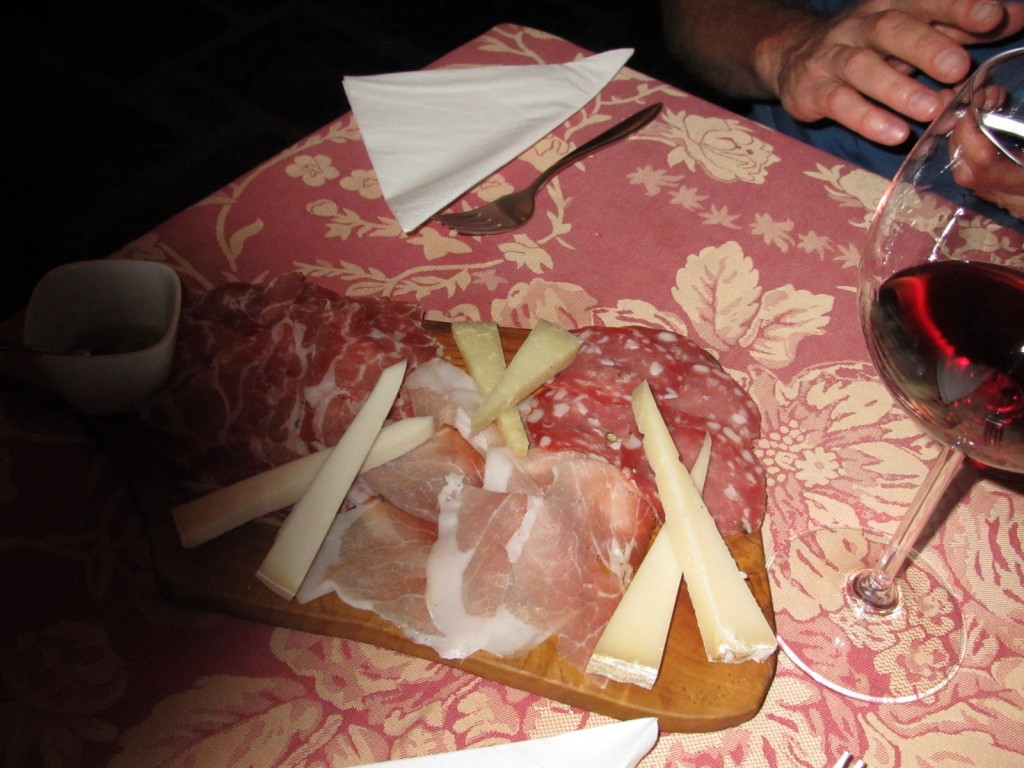 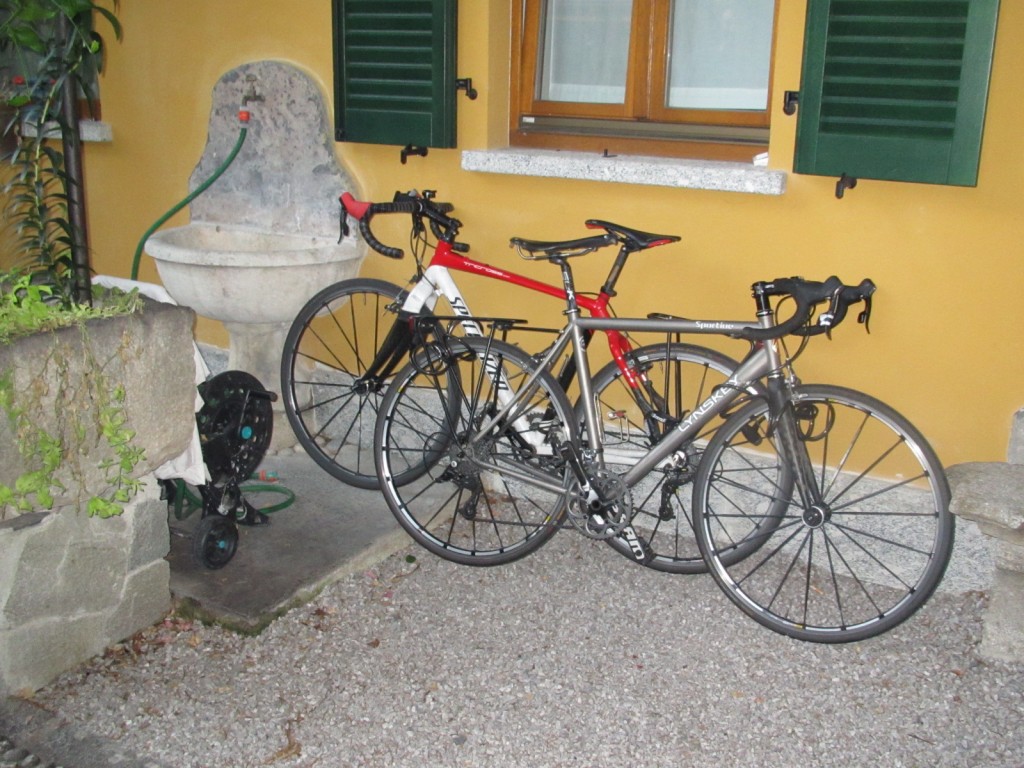 Our bikes safely locked up for the night in our hotel's courtyard. If they're gone, it's a train ride to Milan and the first flight home! 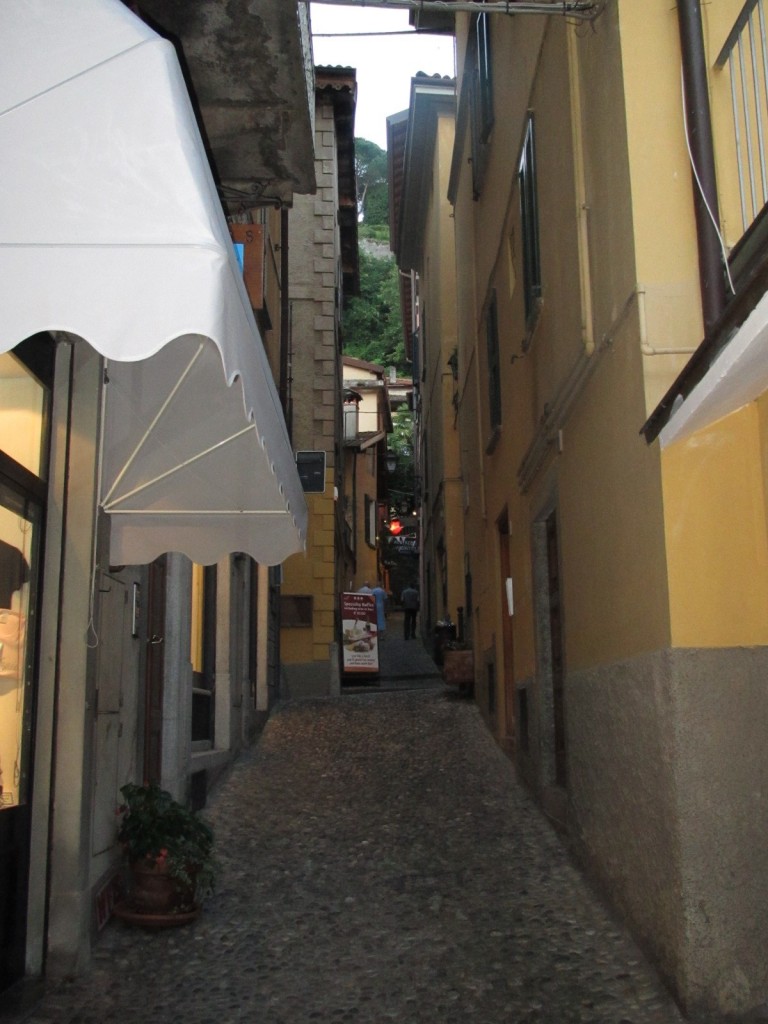 Lots of narrow streets in Bellagio 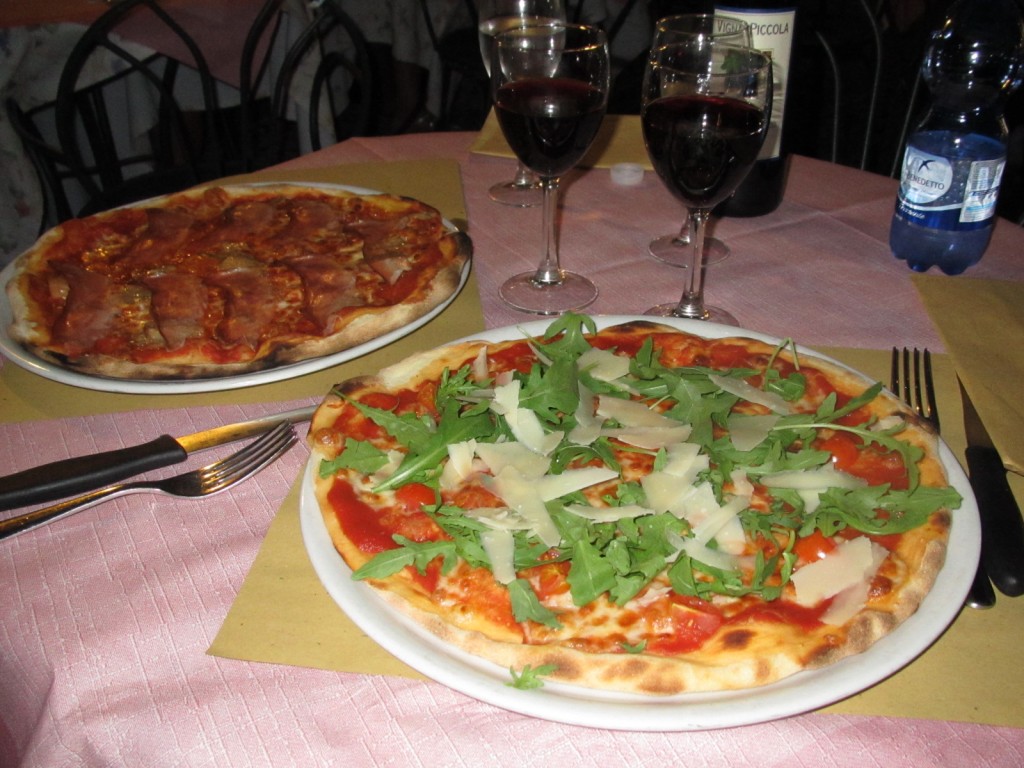 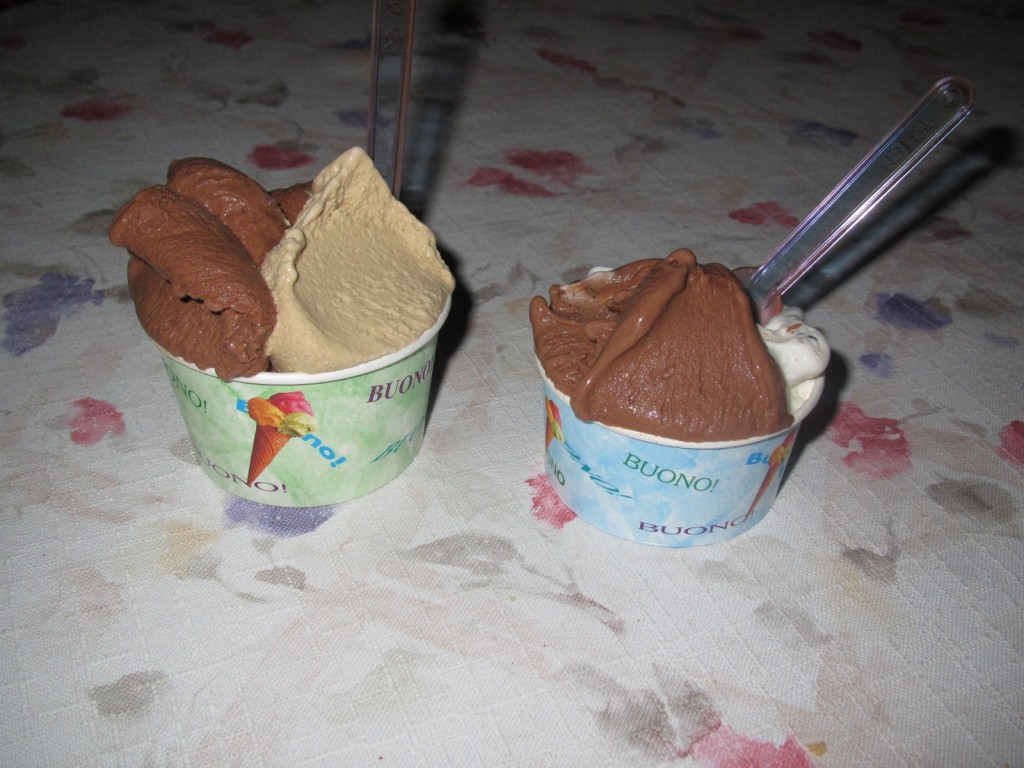 Dessert. You can't swing a dead cat without hitting a gelatoria.

4 Responses to Bellinzona to Bellagio