Since the hotel's room rate didn't include the usual free breakfast, we took the opportunity for a change and instead went to Starbucks for a real cup of coffee and some pastries before hitting the road. The weather in Heidelberg was warm and there was no hint of rain. :) Getting out of town was fairly easy, it was a bit of a downer to see some of the newer part of town having been built with that "lovely" aluminum and glass construction from the 60s. Yuck!! Once out of town, we were stuck riding on a busy highway that didn't have much of a shoulder. After having so much luck with bike paths, this was a bit annoying but we made pretty good time and after about 15 miles or so the road mellowed out. We rode through the usual small towns and between them we often had the choice of a bike path or the highway. Staying on the bike path seems like the obvious choice, but sometimes they just end, and they often detour you from the most direct route. The latter isn't a big deal for a short ride, but when you're trying to eat up some miles, the highway becomes more appealing. We had some usual detours due to construction and such, but nothing too horrendous. One pleasant outcome was finding a couple kids selling fruit in their driveway. Not sure what it was we ate - plums? Whatever it was, they were good. The kids were pretty confused by two strangers in their neighborhood who talked funny. It felt good to support their effort, but it also reminded me of how much I miss my own son. As fun as this trip is, being away from him and Jill isn't any fun. As we got closer to Baden-Baden, we could see the Black Forest to our left; we could also see a giant dark cloud and we raced to get into town before getting soaked. With about 10 miles to go, the skies opened up with a storm much like we get in Texas and we were instantly soaked. Fortunately, it wasn't cold and, even better, it stopped raining about 5 miles before we finished so we were dry when arriving (except our shoes). Yesterday afternoon and evening we did our usual strolling around while sampling different beers, wines, appetizers, and some ice cream. Today is our first day off the bikes and we're just going to take it easy before tomorrow's long ride through the Black Forest. Tschuss! Trip Distance: 390

Not very many pictures from yesterday... 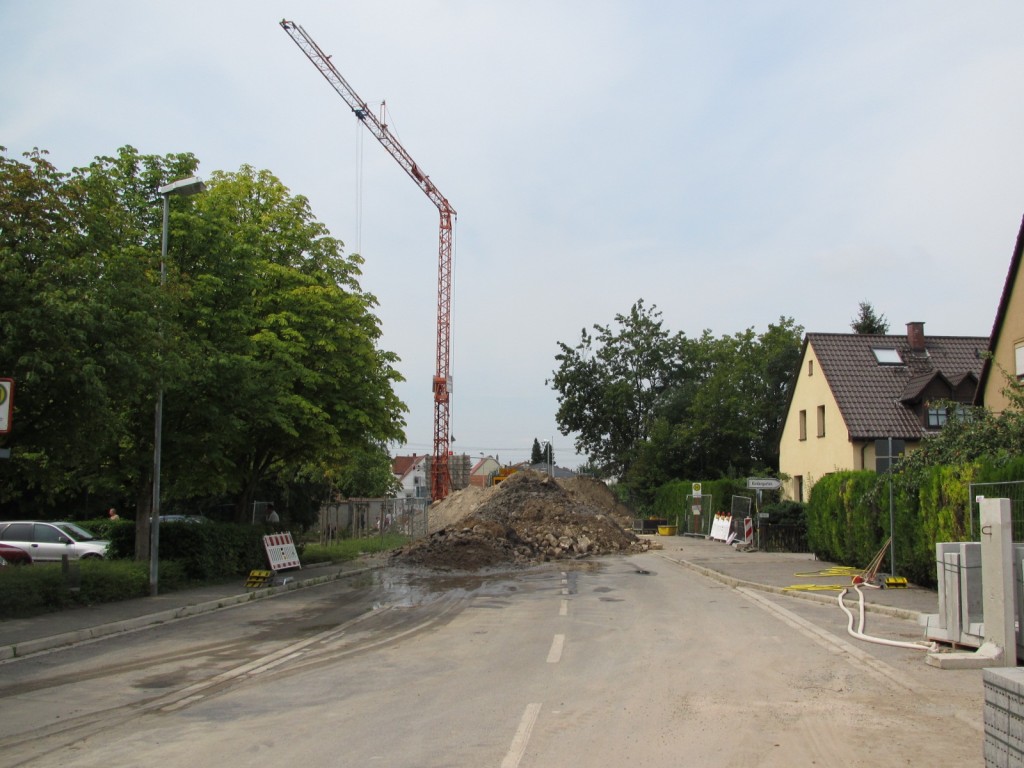 A bump in the road. 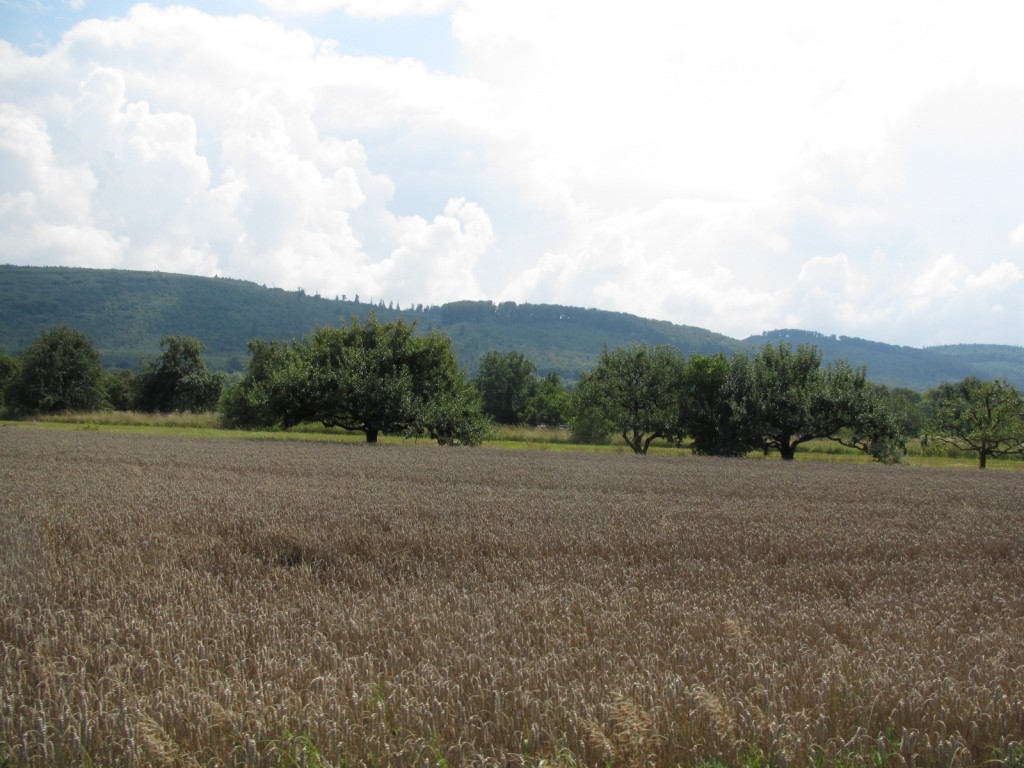 The Black Forest off to our left.

2 Responses to Heidelberg to Baden-Baden