We left a chilly and foggy St. Georgen (mid 50s) and followed the highway out of the little town. Most of the morning's ride was through rolling farm land and at about the half way point we had two small climbs. We rode those kind of hard but are trying to save our legs for Wednesday's big climb. Sorry to keep mentioning Wednesday and St. Gotthard's Pass, but it is becoming more and more of a concern to us as we get closer to it! Also, because of the time differences and because I send these updates the morning after our ride and the activities of that afternoon, I'll ask you now to send some prayers and/or good mojo our way for the climb - we should be starting it around 10 am local time, so that's 1am pacific and 4am east coast time (i.e., very early Wed morning). We crossed into Switzerland and stopped for lunch in Schauffhausen (we think - often have no idea exactly what town we're in). We were looking for a light lunch, but there weren't many options and we were already almost 2.5 hours into the ride and needed to eat, so we ended up splitting a cheese pizza and washed it down with some Red Bull and mineral water. The sun had also finally appeared and started to warm us up, both physically and mentally. Not sure about Paul, but the gray skies dampen my spirits and I always immediately feel like a better person once the sun comes out. The farm land and rolling hills also are more beautiful in the sunshine and I finally was able to get some pictures. Switzerland has good bike paths and, like Germany and The Netherlands, drivers are good about giving us a safe area to ride when we share the road. Sometimes we get lucky and our route goes along back roads and through farms, but other times, especially when entering a city, we share the road. Entering Zurich was a bit odd - a big city that didn't seem to have many people. There was also lots of road construction so that our bike lane kept coming to an abrupt end. No worries, however, as we were enjoying the sunny day - it was actually hot! - and we cruised into our hotel feeling pretty good. The city of Zurich sits on a large lake (Lake Zurich), and although much of the architecture is more modern than its medieval ancestry, most of it is old enough to still look nice. We tried to visit Zwingli's Grossmünster, but just missed closing time. We did, however, find a variety of places to enjoy a glass of wine and/or a cold beer. Dinner was Mexican food! I had been craving it for awhile and Paul happened to notice a place where the food looked like it was actually the real deal. I had chicken fajitas and Paul ordered chicken tacos. No chips and salsa, but the food itself was very good. Today, we ride from Zurich to Fluelen. Much of the route takes us along Lake Zug and then Lake Lucerne. It should be a bit hilly (the estimates listed in the itinerary should be incorrect because Google Earth doesn't account properly for tunnels), but we're going to take it easy and enjoy the scenery. And, thankfully, the weather is supposed to be very nice today and it's sunny at the moment (8am). Trip Distance: 525 miles 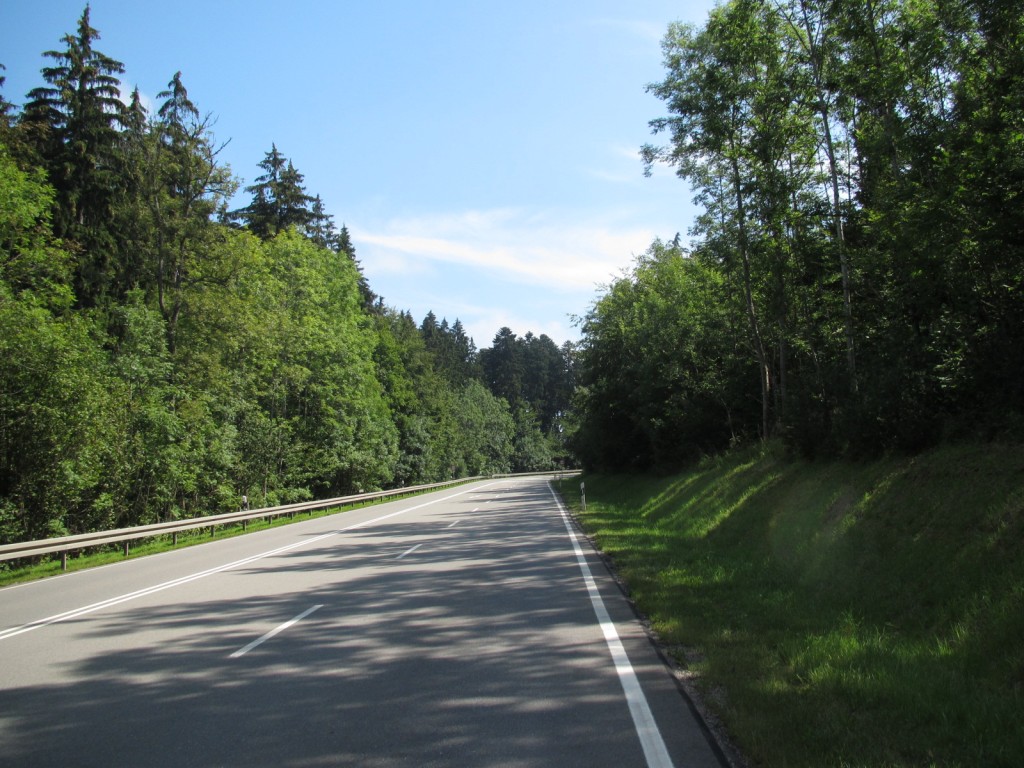 One of the climbs between St. Georgen and Switzerland. Not real steep here ~4%. 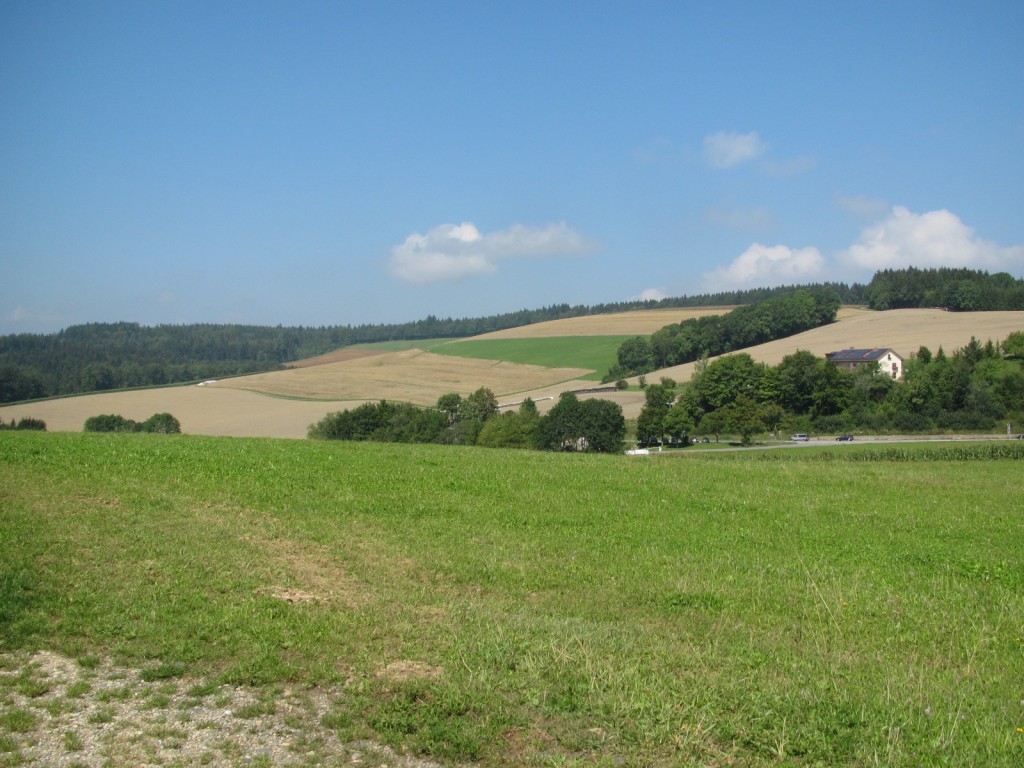 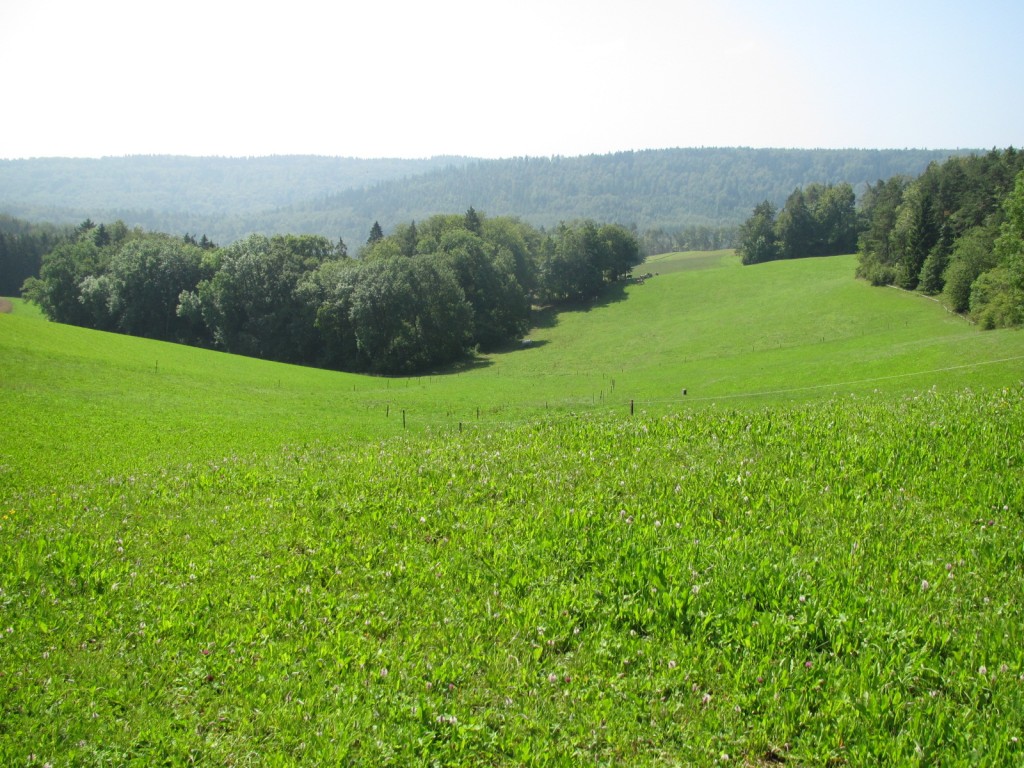 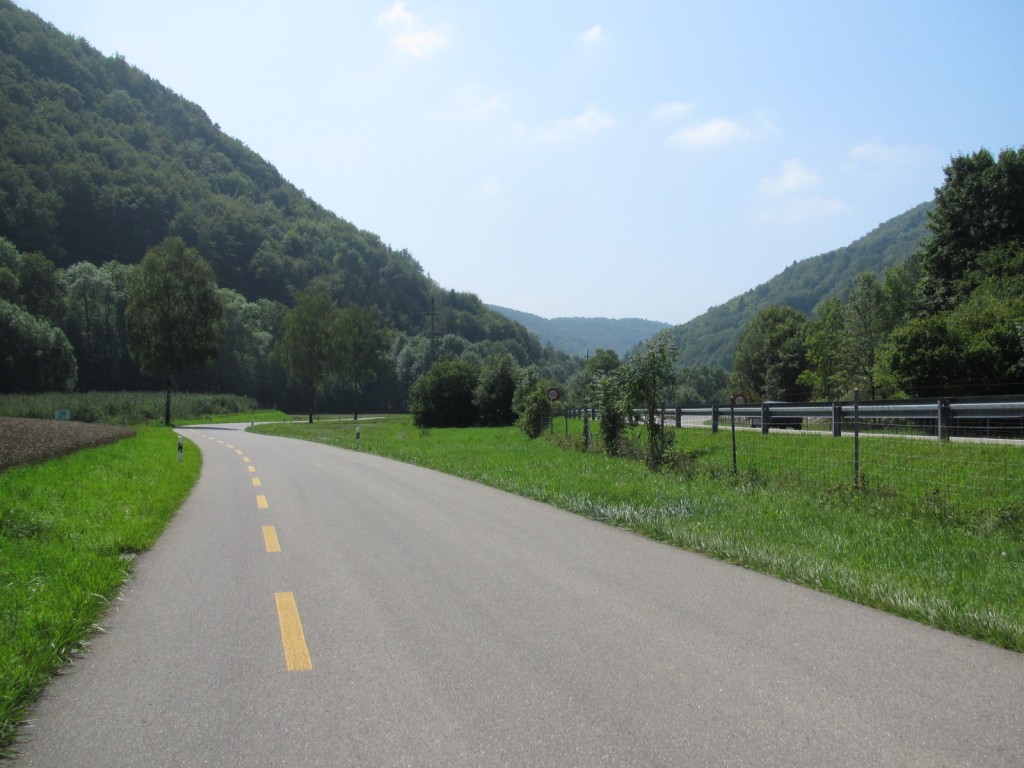 Many of the roads in Switzerland (so far) have had nice bike paths separating us from traffic with dotted yellow lines. 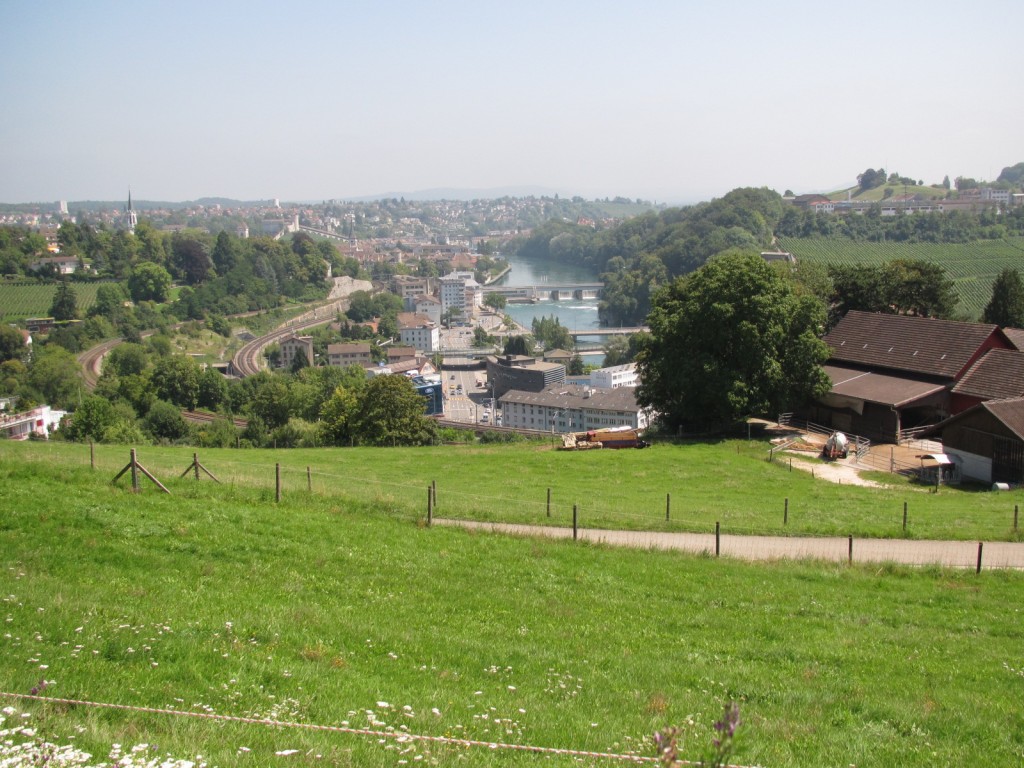 Not sure what this place is, but it looked kind of neat. 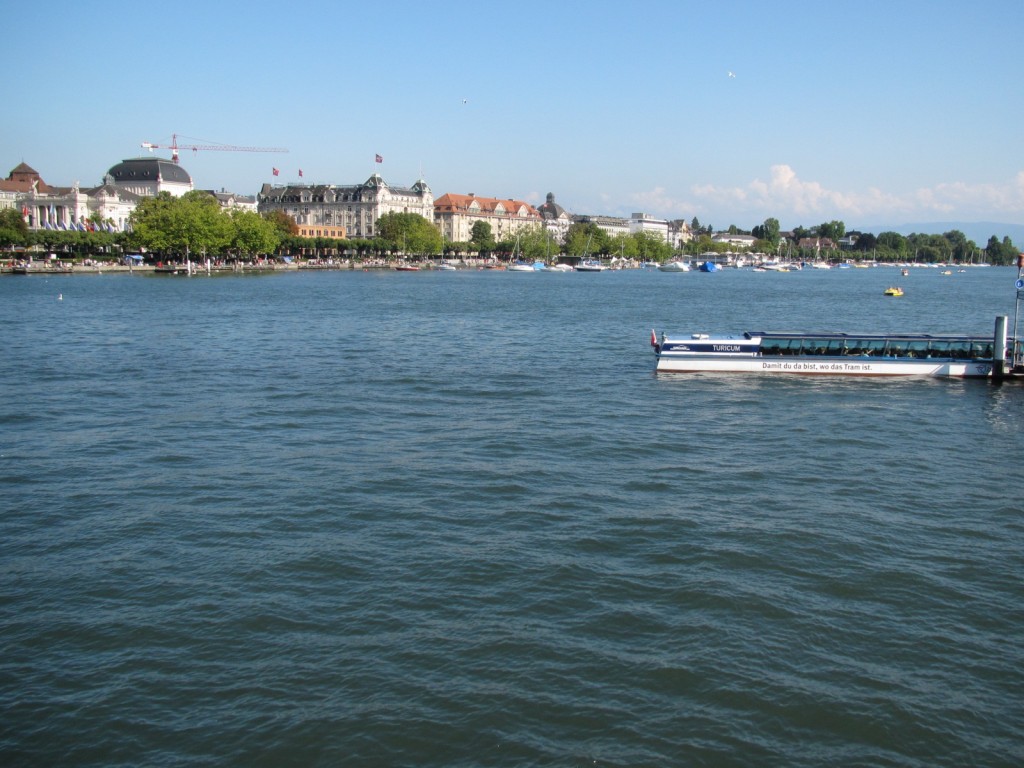 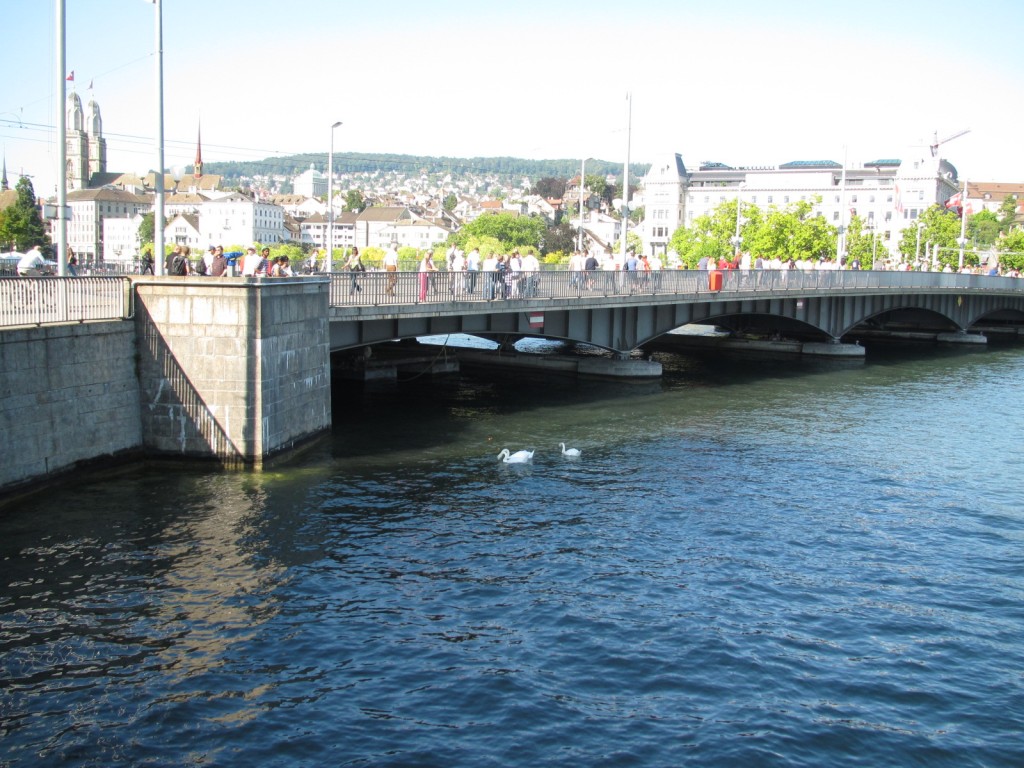 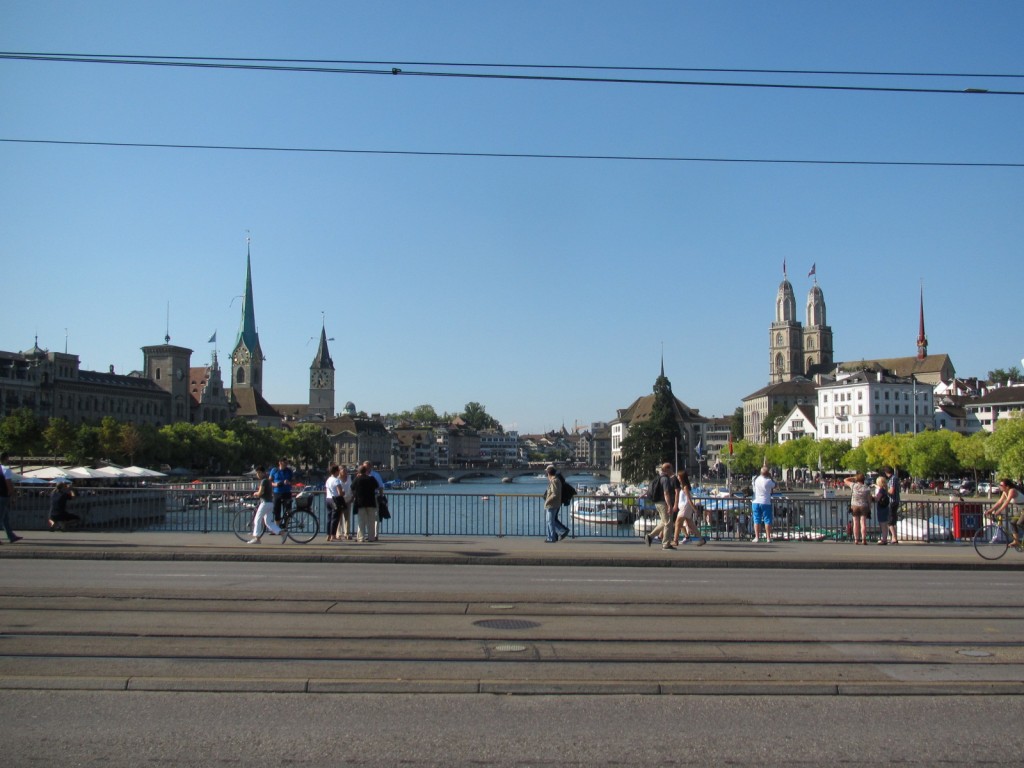 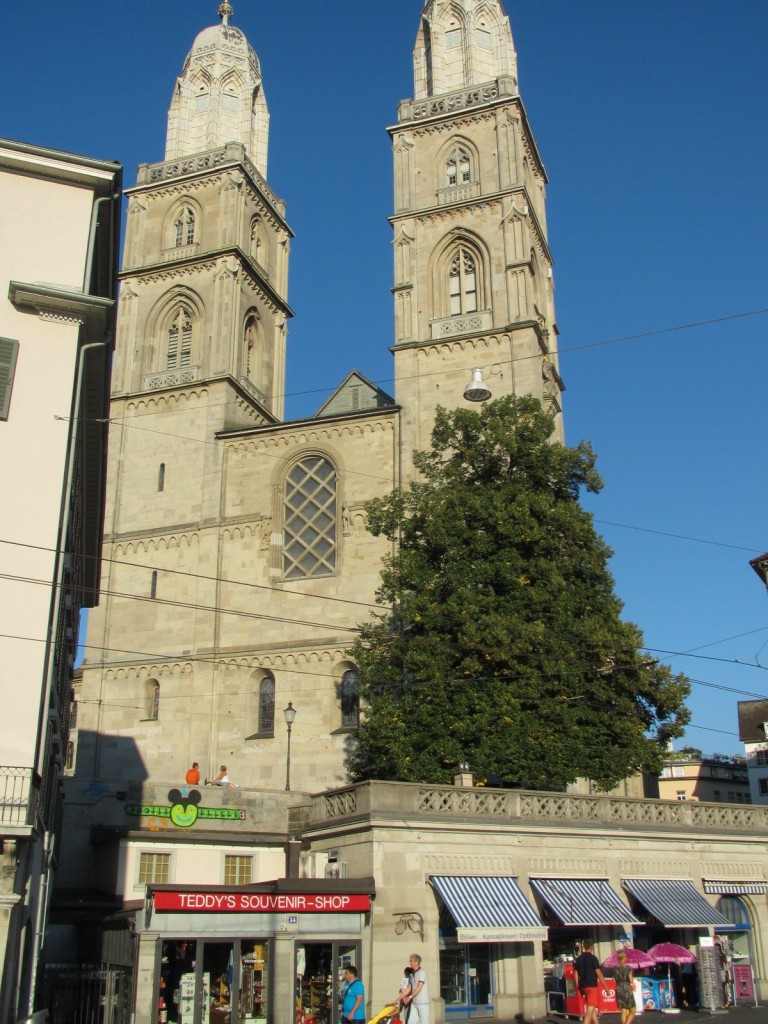 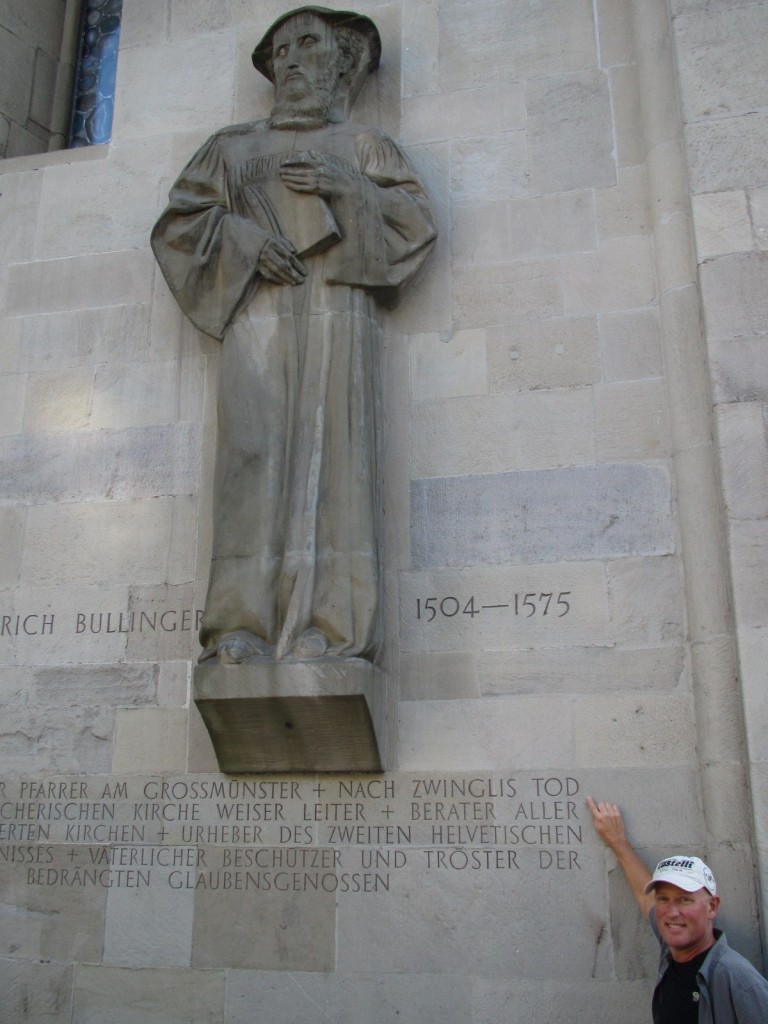 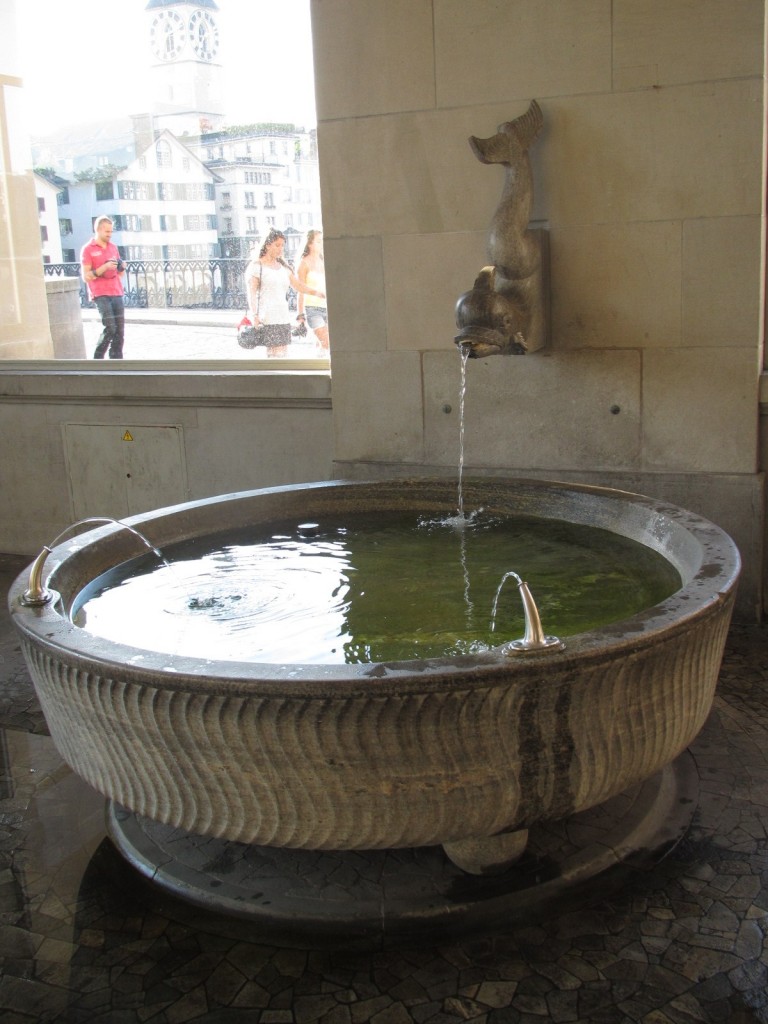 There are fountains like this scattered around Zurich. I saw one guy drinking from one, but not sure if that's a good idea or not. 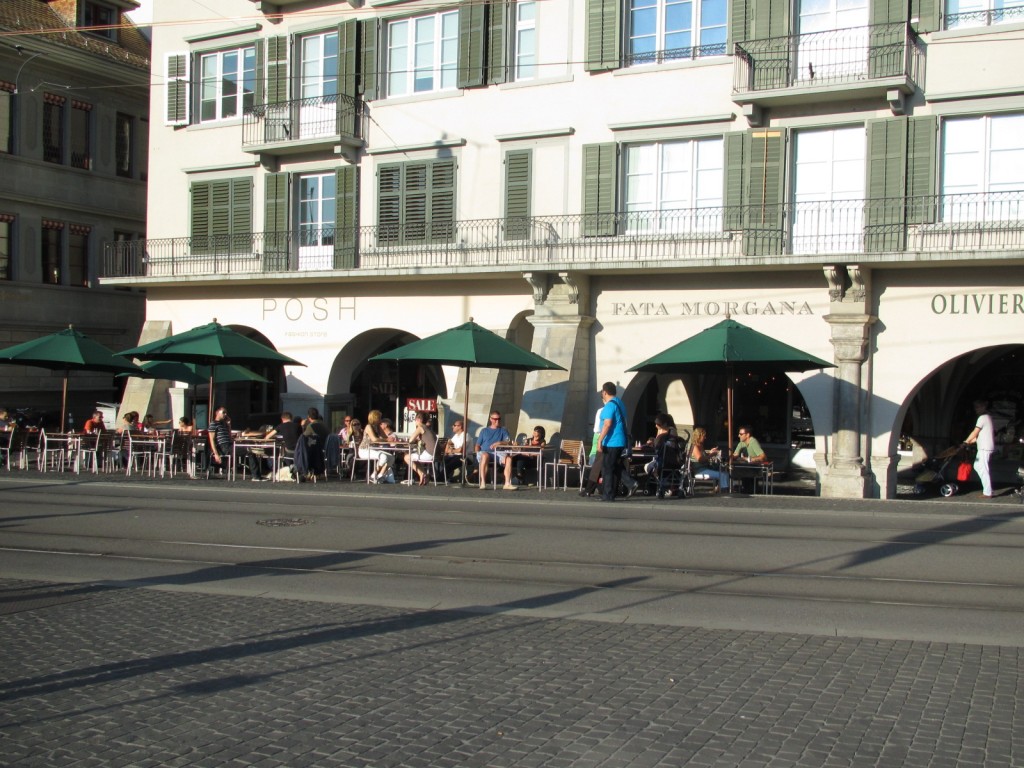 That's Paul in a blue shirt sitting at the cafe. 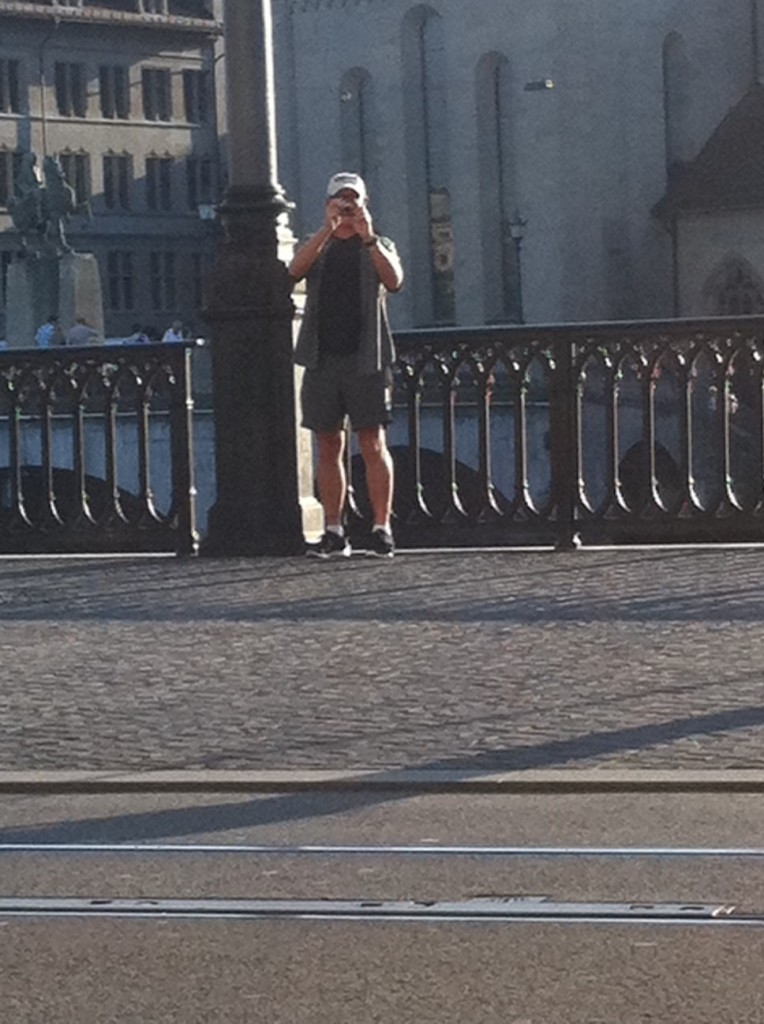 That's me taking a photo of Paul sitting at the cafe... Paul wanted everyone to know that I also take pictures when I'm not riding. :) 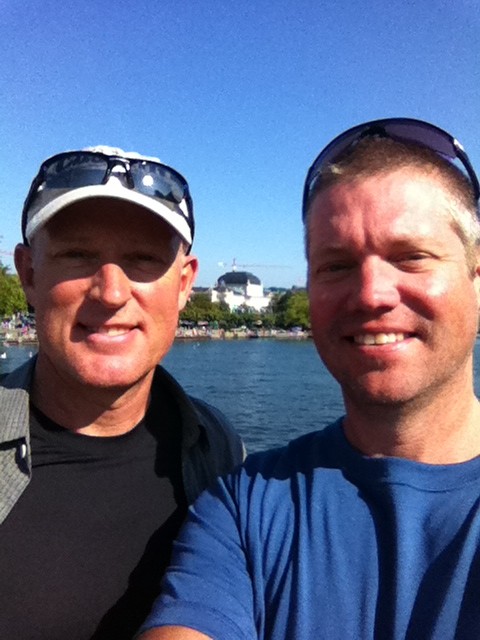 6 Responses to St. Georgen to Zurich