Oh my. Hard to describe the feeling of riding into a place like Florence... We got up at 5am in an attempt to be on the road by 7. Getting breakfast is always out of our control, so we were delayed a little while and didn't hit the road until almost 7:45. But, even with that delay, it meant that even after our first break of pastries, espresso and a sports drink found us on the road again just before 10 am. That was a key psychological advantage for us because we wanted to get the first part out of the way and then pretend we were "only" doing a 60 mile ride. The only serious hitch in our giddy up was a stiff head wind both up and down the mountain, but fortunately the grade of the mountain kept its manners and never tried to imitate its bigger brothers to the north. We battled the head winds and were often able to avoid them at times when there were large trees or when the road tucked closely against the hills. The scenery was also lovely - as hoped for. I tried to get a couple photos on the way up. The summit finally came and was hidden in a jungle of large trees, so no photos from the top. The views on the way down were even lovelier, but since it was kind of a high speed descent with dodgy road surfaces, no pictures while riding. We were also in the familiar position of racing a storm on a descent and I didn't take the time to stop for a picture. We experienced only some light drizzle and wet roads, so we were a bit dirty but not drenched when we checked in early (2pm arrival - woo hoo!!) at the Westin Excelsior in Florence. OMG, what a nice hotel. Probably the nicest place I have ever been. It's nice to be in the old world without all the "charm." Paul just said to let ya'll know that he hated the ride. Wimp. I loved it and feel great. No more second entrees at dinner for him for now on. As soon as we got changed, we got set up with concierge for tickets to the museums tomorrow (closed today), dinner rezzies, and then hit the pavement to the piazza in front of The Cathedral and its famous dome. We'll visit the Cathedral in the morning - long lines in the afternoon - but we did visit the accompanying baptistry and San Lorenzo's basilica. Tomorrow is an off day and we're really excited about seeing the museums and the inside of the cathedral. Paul has even agreed to climb up to the top of the cupola, but we'll see what sobriety says about that in the morning. Trip Distance: 967 miles 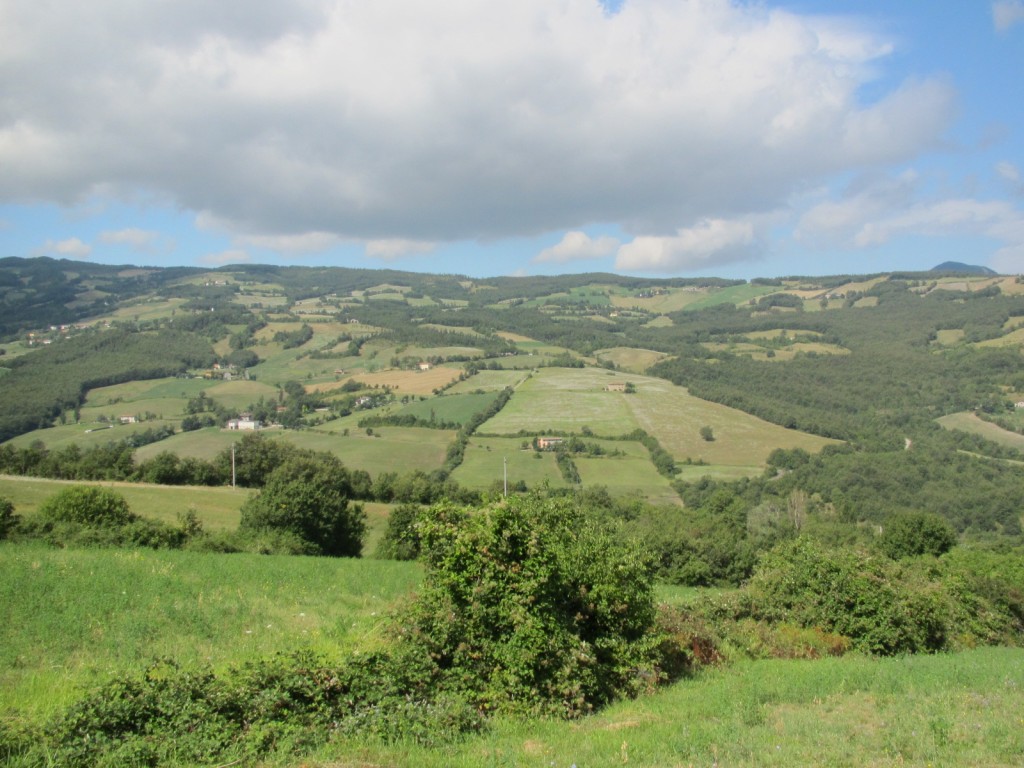 on the way up 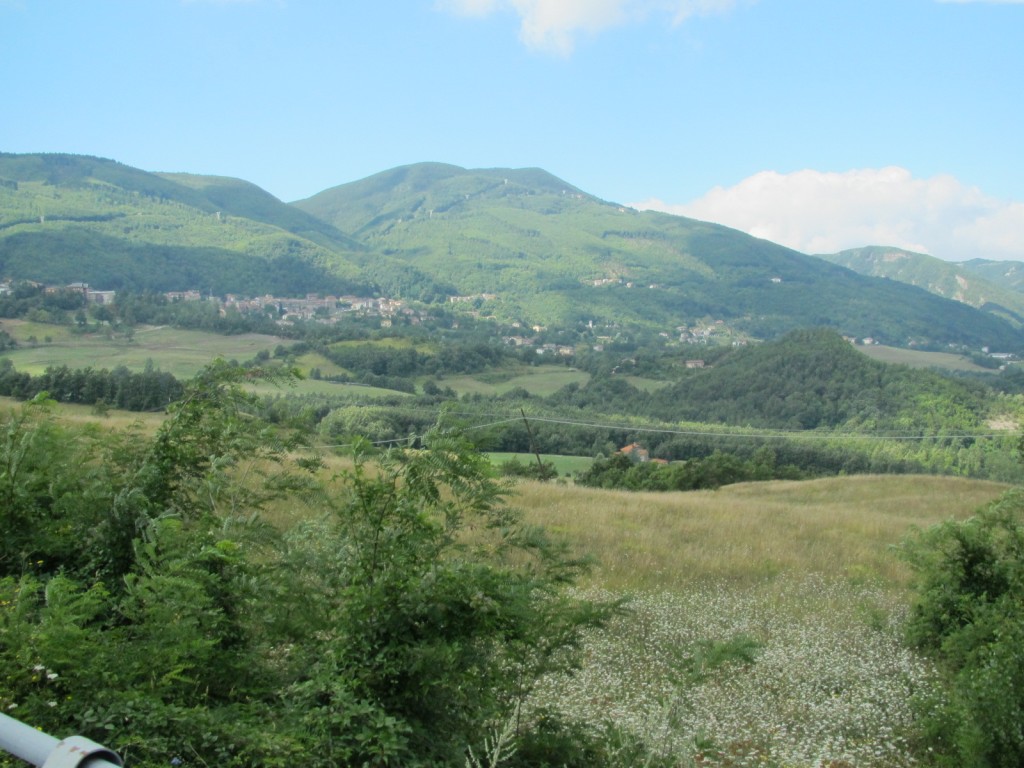 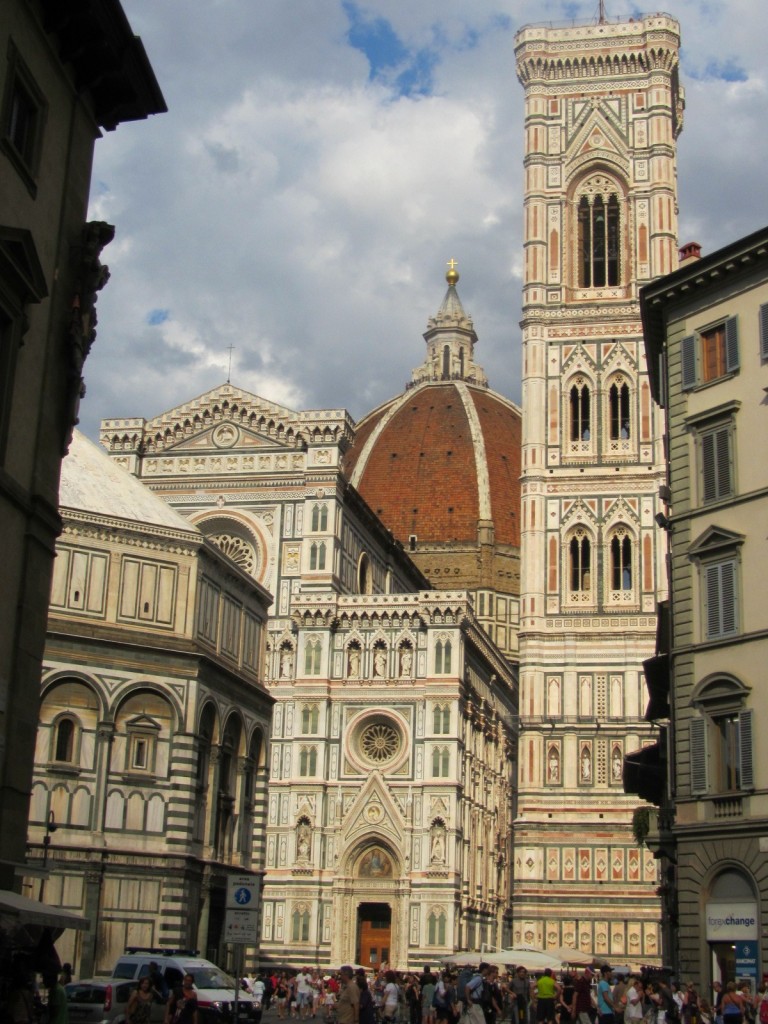 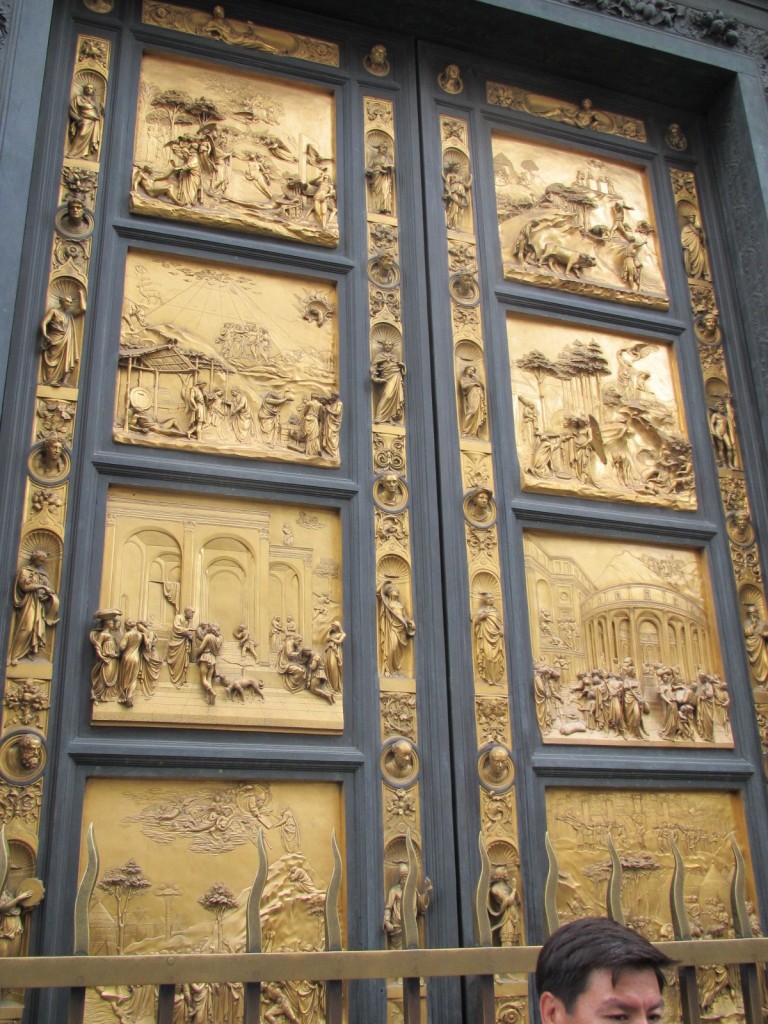 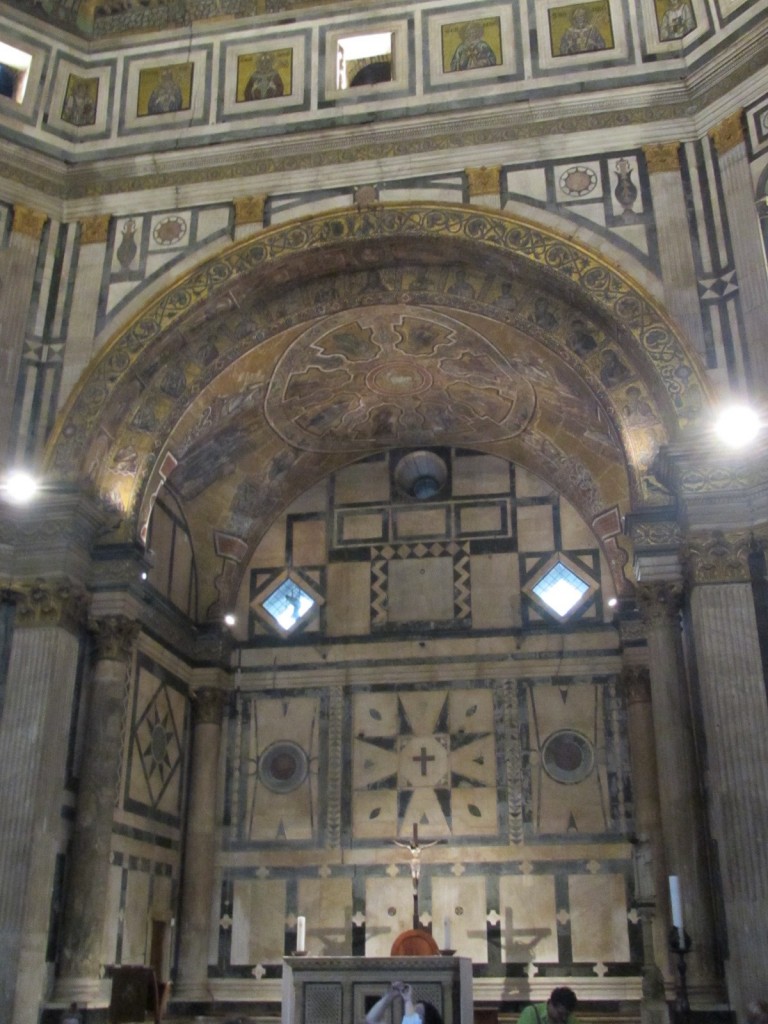 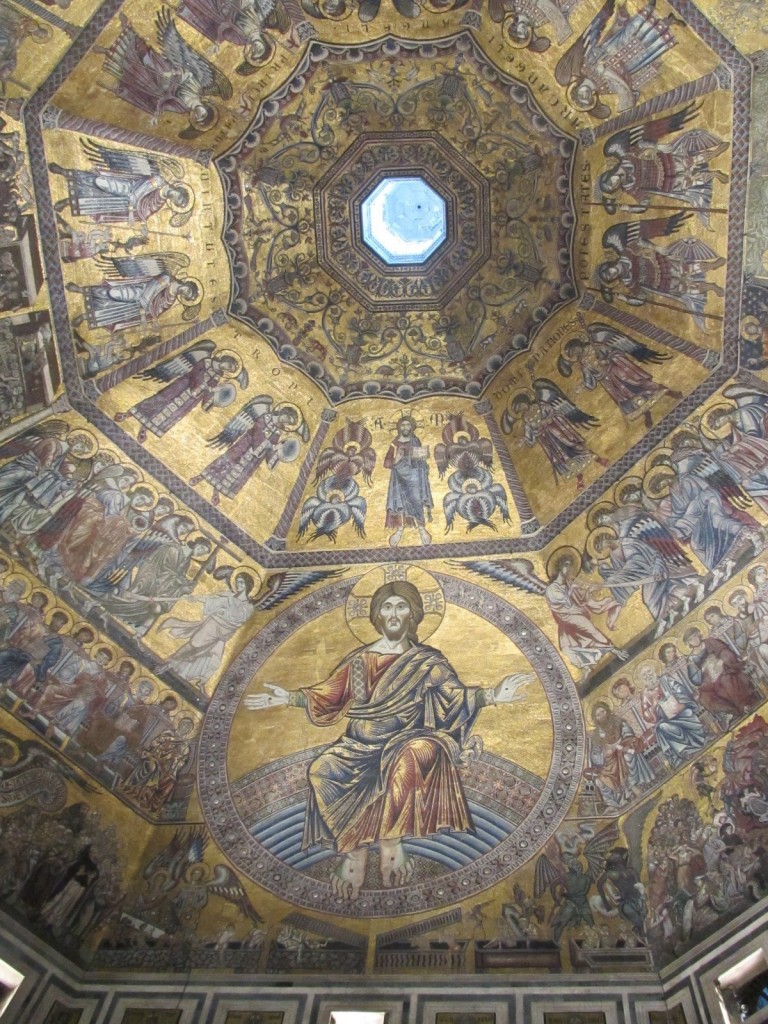 ceiling of the baptistry

3 Responses to Modena to Florence