Düsseldorf to Linz am Rhine

After a leisurely breakfast, we packed up and got our bikes ready for another day. Just as we walked outside to get the bikes from the garage, it started to rain, but by the time we hit the road it had stopped to a light drizzle. The city roads were wet and a bit slippery and the wet trolley tracks were more dangerous than ever. It took almost an hour to get out of town, but after that it was generally a lot of riding on bike paths along a highway and also straight through a number of towns, including Koln (Cologne) where we stopped for lunch. It was a placed called Havana and Paul wanted to get Cuban sandwiches, but instead they had some type of thing similar to a sandwich but with all the ingredients baked inside of a roll. Whatever it was, it was excellent!! We also rode along the Rhine river itself for quite a bit. Sometimes on a levee near it, sometimes on a bike path going through the vegetable gardens of the locals, and sometimes on a path right next to the river. We got into the town of Linz am Rhine (just means the town is on the Rhine) around 6pm. The hotel was like a big old mansion, and even though a lot of the décor was quite dated, it was a nice place. The town was pretty quiet and sleepy, but we managed to find a very good Italian restaurant. Trip Distance: 204.8 mi 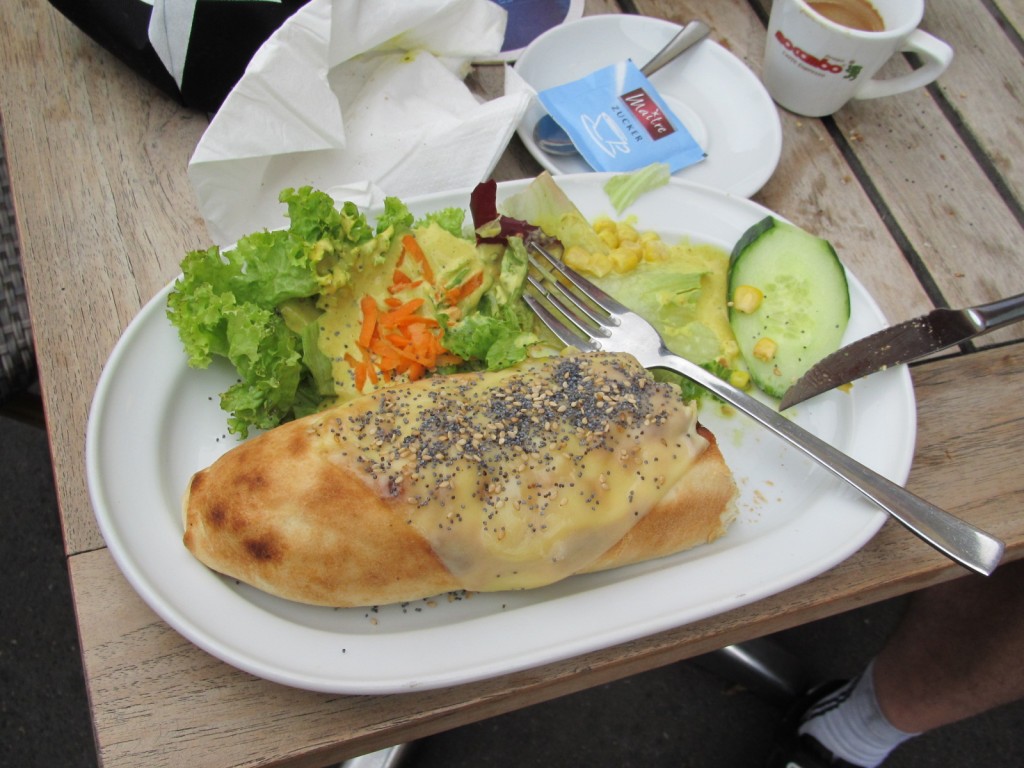 Lunch at a Cuban joint in Koln 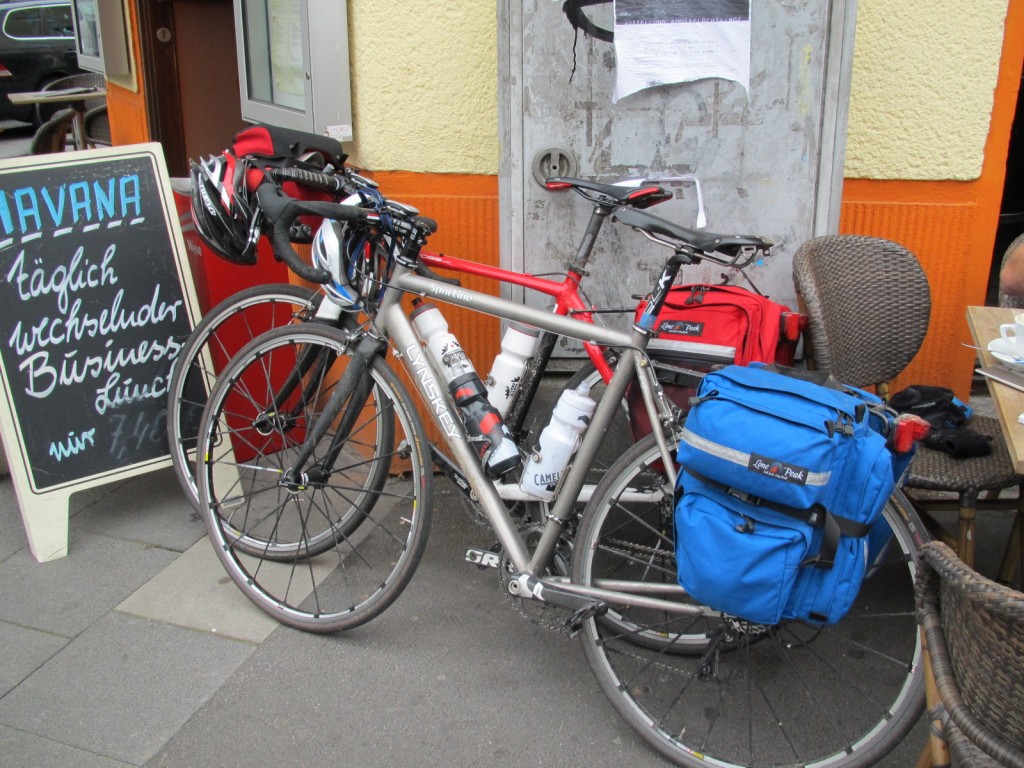 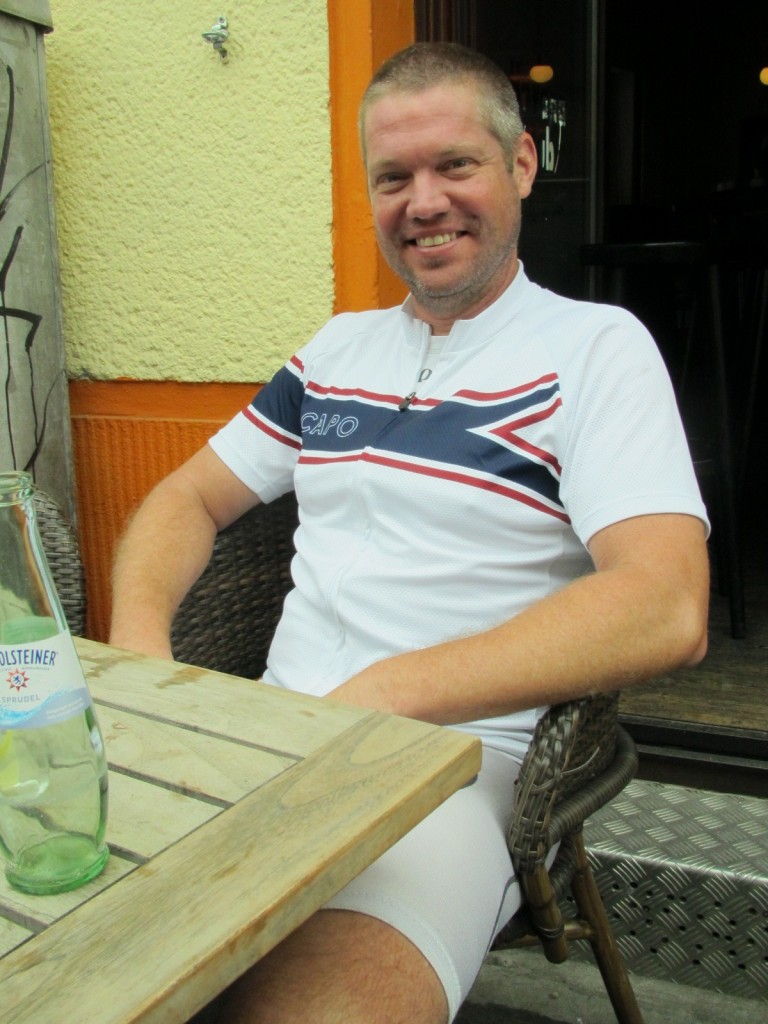 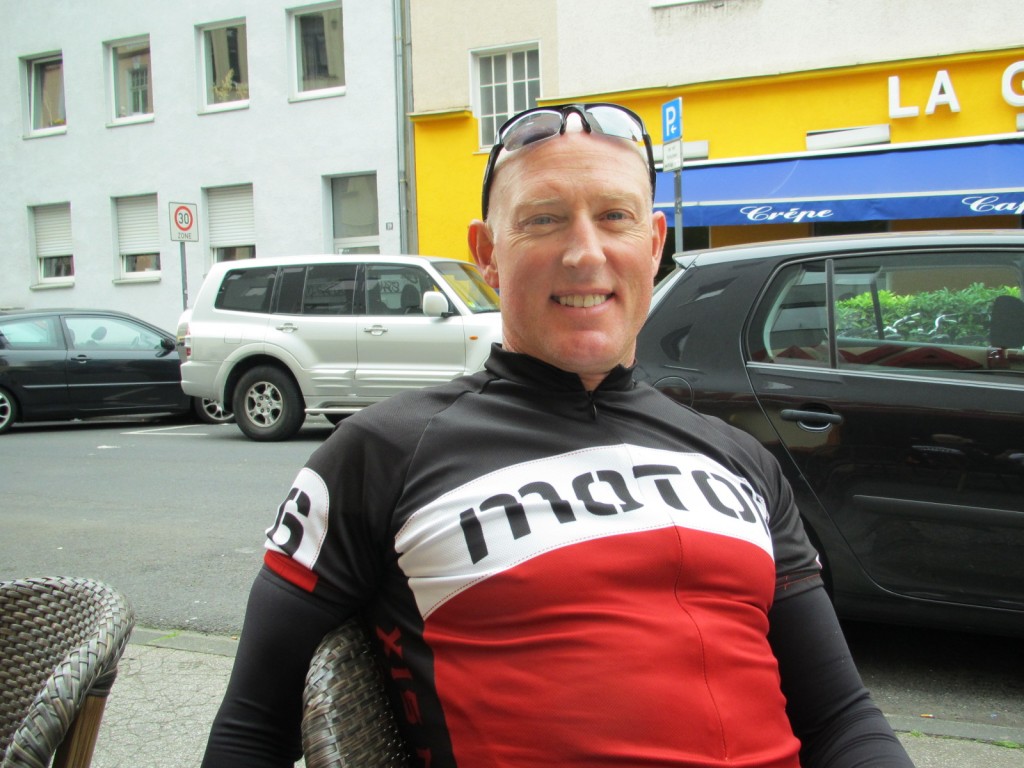 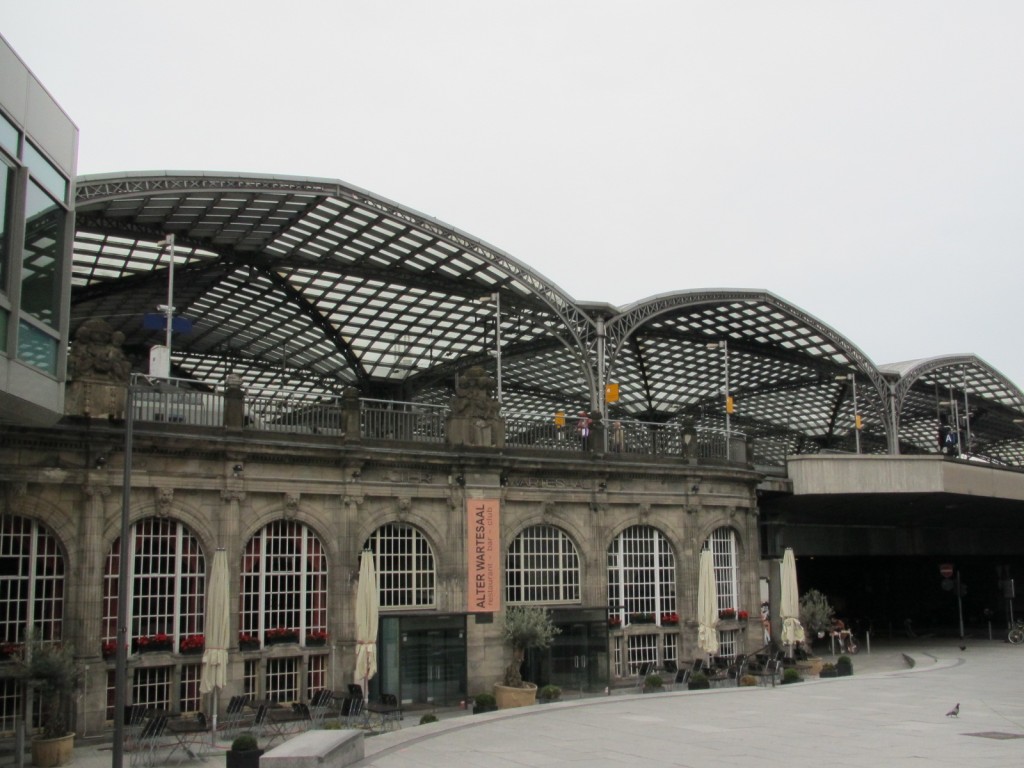 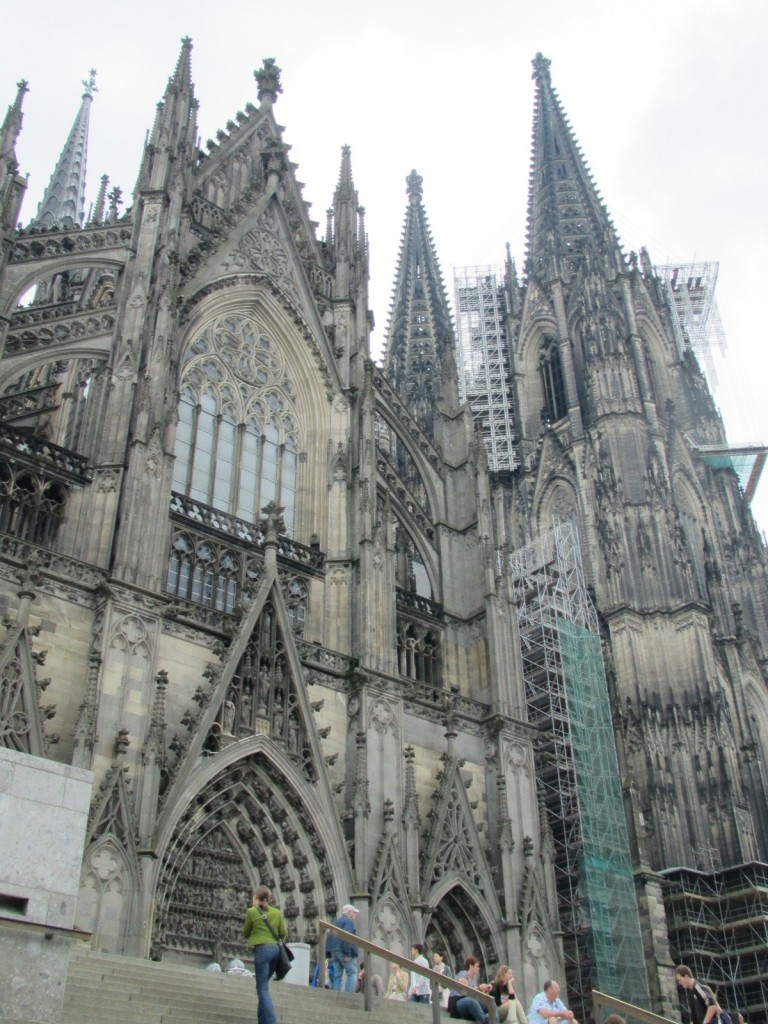 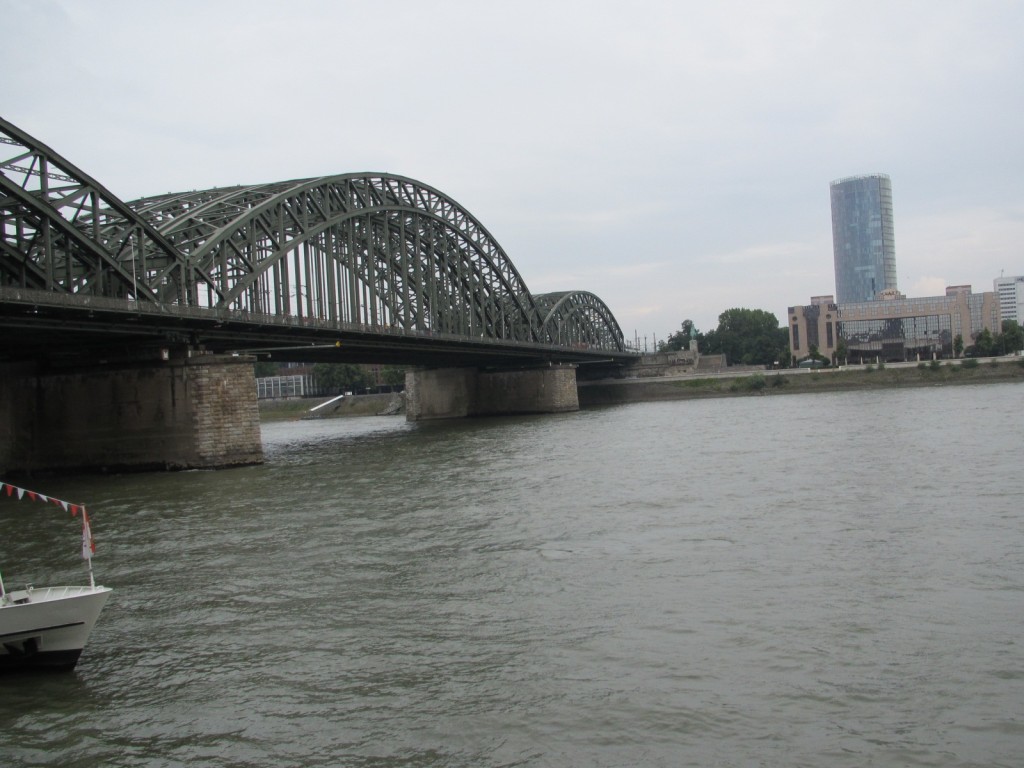 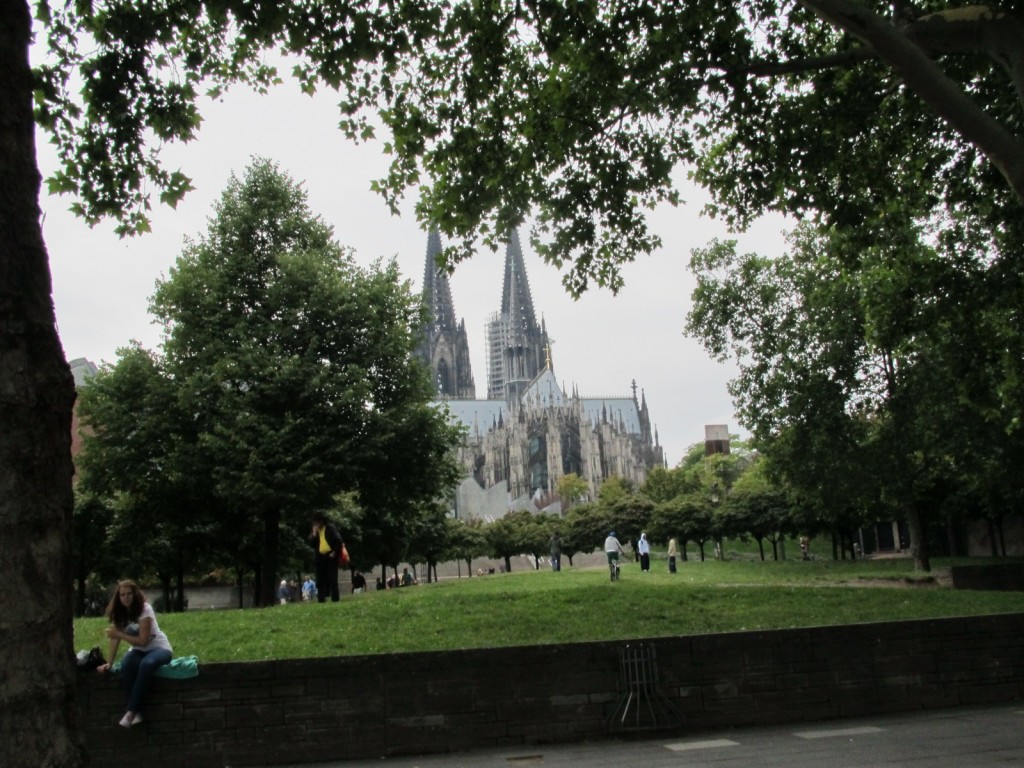 Bonn's Cathedral as seen from the bike path along the Rhine 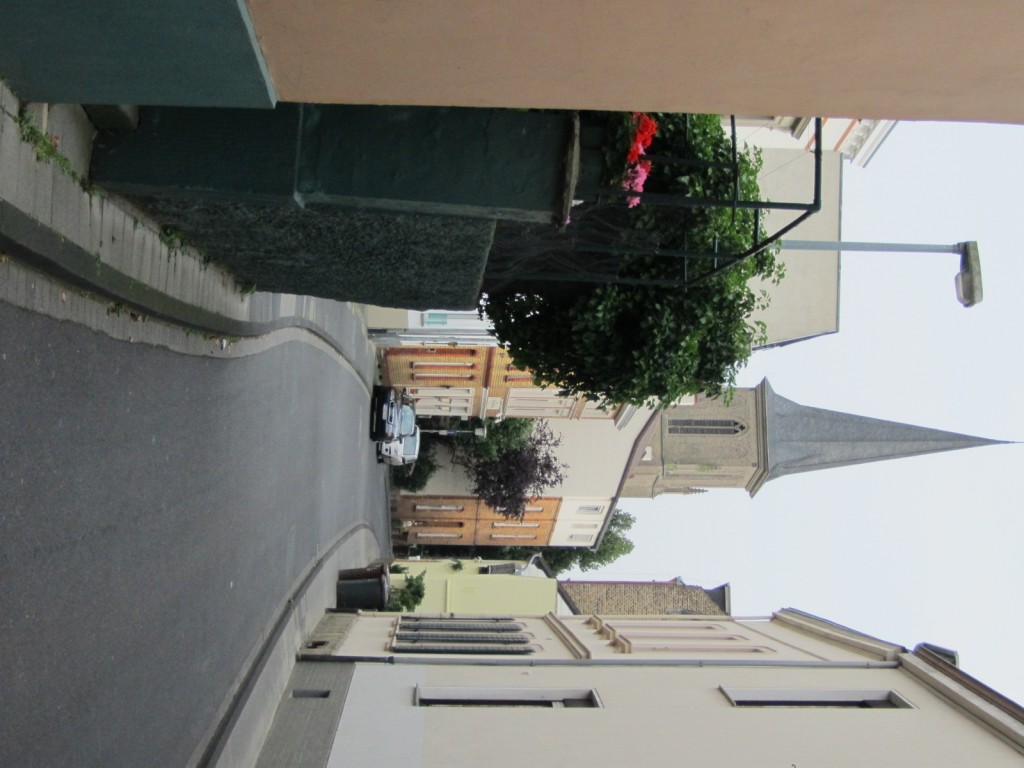 Not sure what town this is, but we have been through zillions of them. Lots of narrow and wandering streets through big and small towns alike. 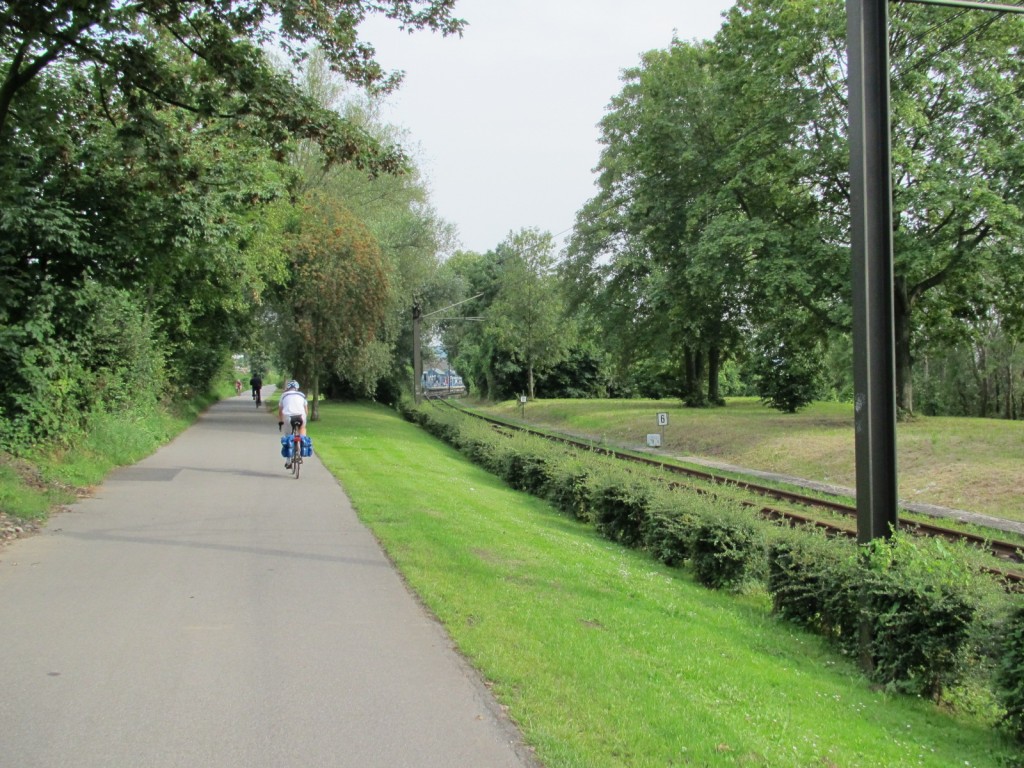 On the path between the river and the train. 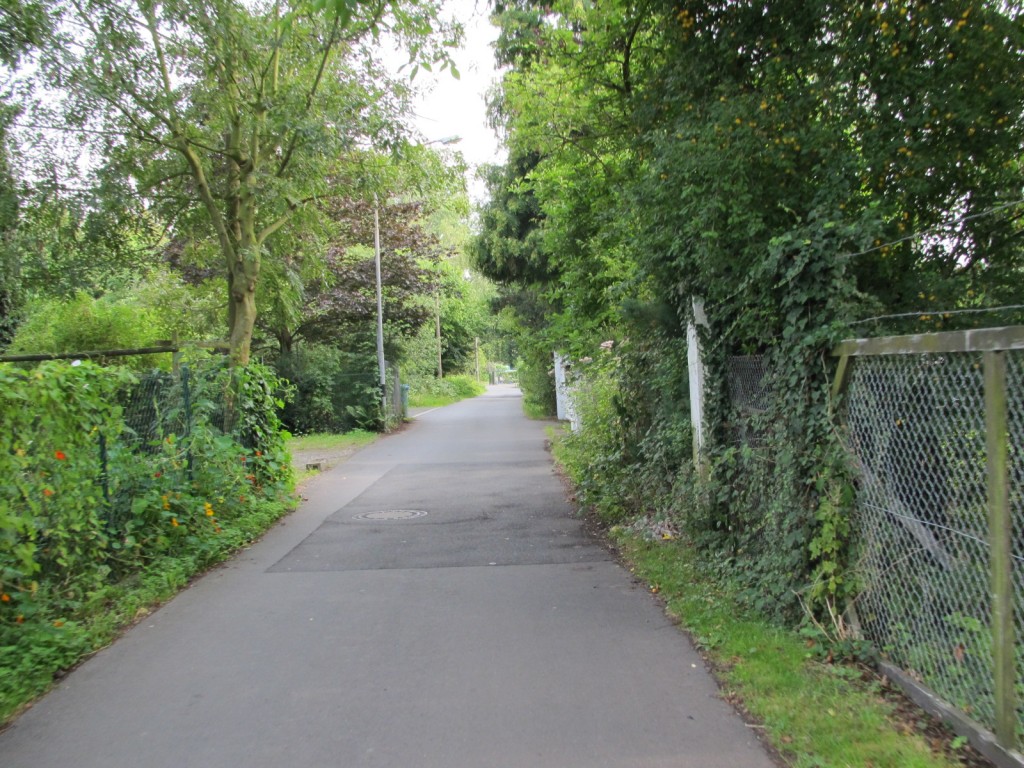 This path looks and feels like a back alley, which it is, but it's also very close to the river. The homes are to the right and they all have vegetable gardens on both sides of the path. 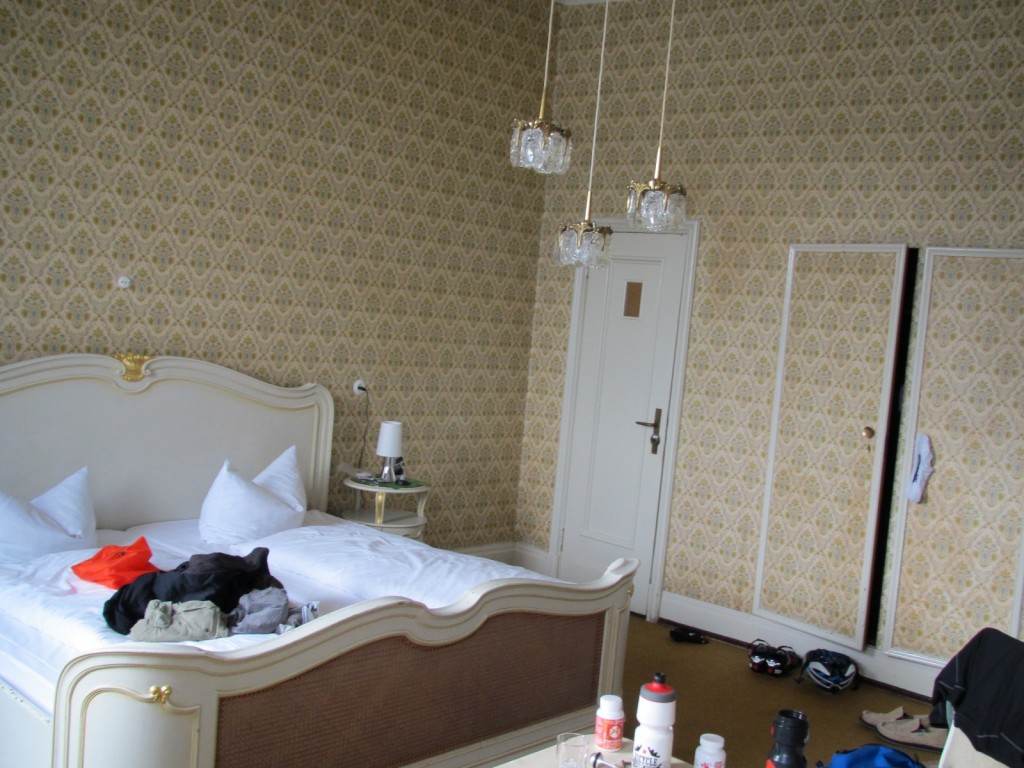 The next time you hear a realtor talk about the virtues of "old world charm," you can recall what the real deal actually looks like.

One Response to Düsseldorf to Linz am Rhine